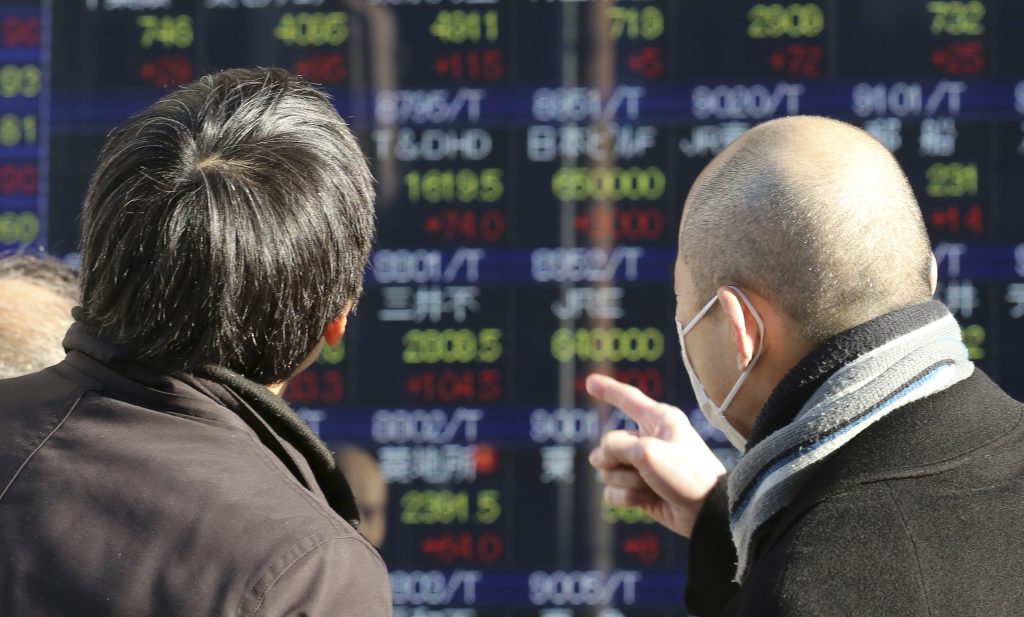 Asian shares hit a 10-year peak on Tuesday with investors breathing a sigh of relief as North Korean fears eased and the worst-case scenario from Hurricane Irma looked to have been avoided.

A key market focus in the day will be the launch of Apple Inc.’s iPhone 8 as its sales will have repercussions beyond Apple for many suppliers as well as its rivals.

The MSCI ACWI, a gauge of world stock markets covering 47 exchanges, also hit a new record high having made its biggest gains in about two months.

Insurers were among the biggest winners, with MSCI World’s insurer index rising 1.5 percent on Monday, as insured property losses from Hurricane Irma’s are expected to be smaller than initially forecast.

Downgraded to a tropical storm early on Monday, Irma had ranked as one of the most powerful Atlantic hurricanes recorded. It cut power to millions of people.

Adding to an uptick in risk appetite was relief that North Korea did not test-fire missiles or conduct nuclear weapon tests over the weekend as some had feared.

The United Nations Security Council unanimously stepped up sanctions against North Korea on Monday over the country’s sixth and most powerful nuclear test carried out on Sept. 3, imposing a ban on the country’s textile exports and capping imports of crude oil.

Still, the measures were less severe than Washington’s initial proposal. U.S. Ambassador to the United Nations Nikki Haley said the United States was not looking for war with North Korea and that Pyongyang had “not yet passed the point of no return.”

“The measures did not include an outright ban on oil supplies to the regime, so the threat of an immediate military confrontation appears to have eased for now,” said Mutsumi Kagawa, chief global strategist at Rakuten Securities.

Yet many investors are wary of possible retaliation by North Korea against the latest U.S. sanctions following its nuclear test earlier this month.

Safe-haven assets such as U.S. Treasuries and gold gave back most of their recent gains.

“The markets have been alternating between optimism and pessimism. If U.S. bond markets drop further today, it’s quite unusual to see them falling for two days in a row so we could say the latest cycle of pessimism, which has lasted two months, may be coming to an end,” said Daisuke Uno, chief strategist at Sumitomo Mitsui Bank Corp.

Since North Korea’s nuclear test on Sept 3, the franc is now up just 1.0 percent, just slightly above 0.9 percent gains in MSCI ACWI during the same period. Gold has erased all its gains since then.

The Chinese yuan stepped back further from Friday’s 21-month high versus the dollar to 6.5356 per dollar, after China’s central bank on Monday scrapped two measures that were put in place to support the yuan when it was under significant selling pressure.

The possibility of an extension to the 15-month production pact between members of the Organization of the Petroleum Exporting Countries and non-OPEC producers also helped to support prices.