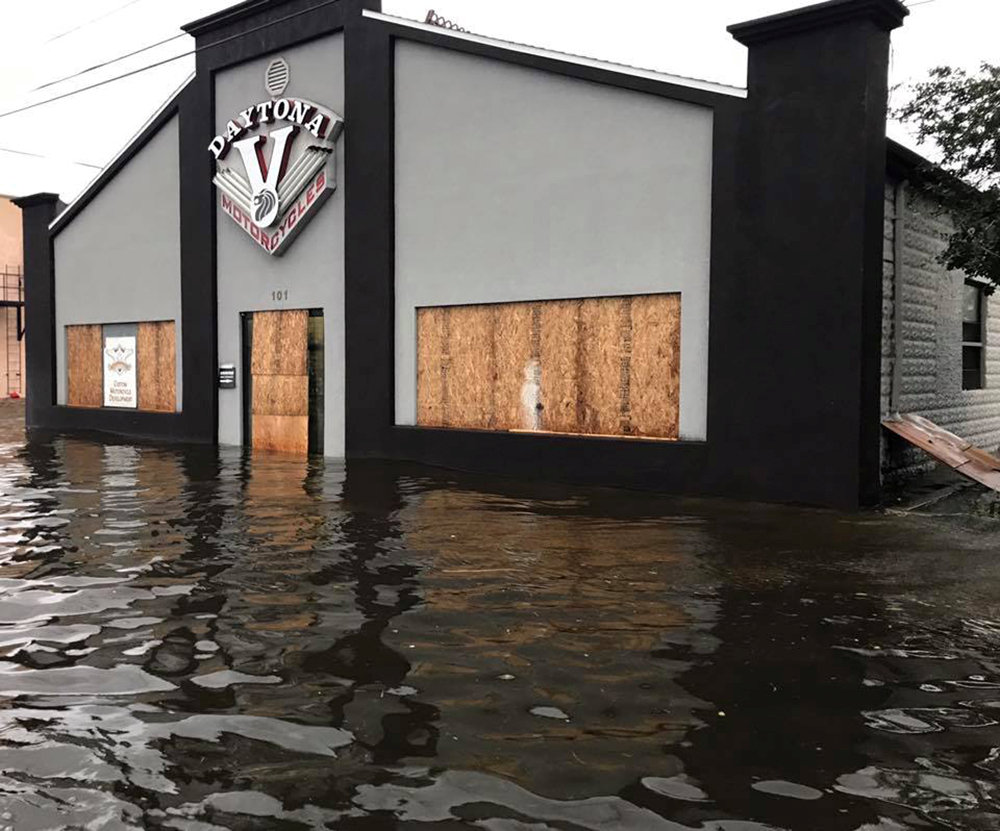 Downgraded from a hurricane to a tropical storm, Irma flooded several northern Florida cities with heavy rain and high storm surge on Monday as it headed out of the state after cutting power to millions and ripping roofs off homes.

Irma, once ranked as one of the most powerful hurricanes recorded in the Atlantic, hit a wide swath of Florida over the past day, first making landfall on the Florida Keys archipelago and then coming ashore south of Naples and heading up the west coast.

Irma, now a tropical storm with sustained winds of up to 70 miles per hour, was located about 35 miles west of Gainesville and headed up the Gulf Coast, the National Hurricane Center said at 8 a.m. ET.

The Cuban government reported on Monday that 10 people had been killed after Irma battered the island’s north coast with ferocious winds and 36-foot waves over the weekend. This raised the overall death toll from Irma’s powerful rampage through the Caribbean to 38.

The sheriff’s office in Jacksonville, on Florida’s northeast coast, reported that it was making a rescue from waist-deep water on Monday morning and urged people to stay off unsafe roads. The National Weather Service issued a flash flood warning for the city.

As officials and residents began to assess the damage around the state, Governor Rick Scott said he would travel later on Monday to the keys. Irma first came ashore at Cudjoe Key as a Category 4 hurricane with sustained winds of up to 130 mph.

“I’ve heard there’s some significant damage, right where the eye of the storm hit,” Scott told NBC. “We’ll find out.”

A large military airborne relief operation was being prepared to take help to the islands, which are linked by a dramatic series of bridges and causeways from Key Largo almost 100 miles southwest to the city of Key West, Monroe County Emergency Director Martin Senterfitt told a teleconference.

The state’s largest city, Miami, was spared the brunt of the storm but was still battered. Utility crews were already on the streets there clearing downed trees and utility lines. All causeways leading to Miami Beach were closed by police.

Much of the state’s east and west coasts remained vulnerable on Monday to storm surges, when hurricanes push ocean water dangerously over normal levels. That risk extended to the coast of Georgia and parts of South Carolina, the hurricane center said.

As it traveled through the center of the state early on Monday, Irma brought gusts of up to 100 mph and torrential rain to areas around Orlando, one of the most popular areas for tourism in Florida, the National Weather Service said.

Irma was ranked at the rare top end of the scale of hurricane intensity, a Category 5, for days, and carried maximum sustained winds of up to 185 mph when it crashed into the island of Barbuda on Wednesday.

The storm did some $20 billion to $40 billion in damage to insured property as it tore through Florida, catastrophe modeling firm AIR Worldwide estimated.

Miami International Airport, one of the busiest in the country, halted passenger flights through at least Monday.

Irma was forecast to cross the eastern Florida Panhandle and move into southern Georgia later in the day, dumping as much as 16 inches of rain, government forecasters said.