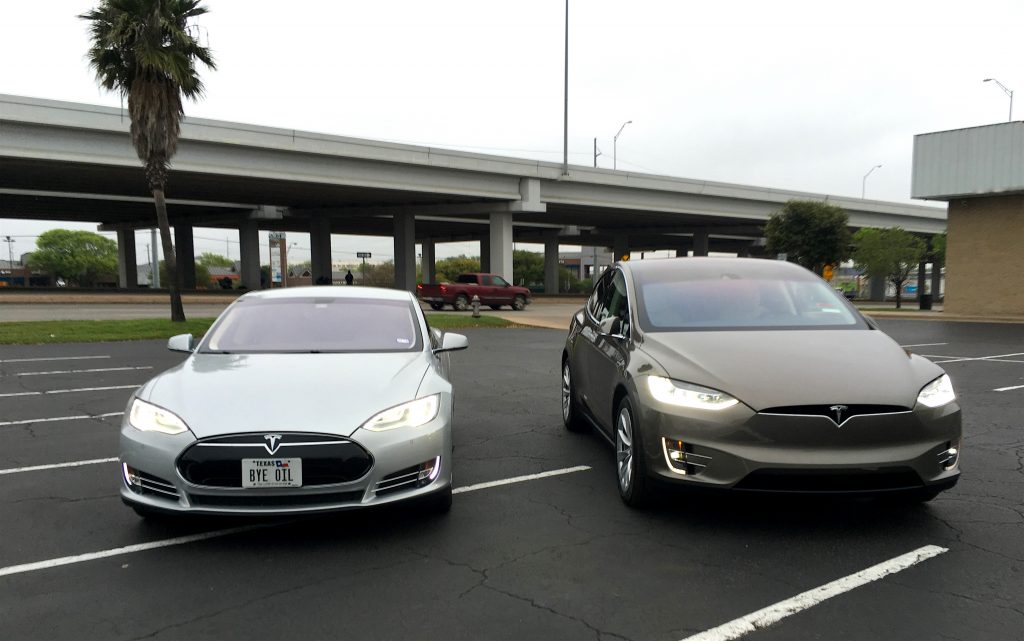 As Florida residents fled Hurricane Irma over the weekend, some Tesla owners got a little surprise from the auto maker to help them get out of the danger zone.

On Saturday, Tesla began pushing a software update that increased the battery capacity of some Model S sedans and Model X SUVs. All the cars that received the update belonged to those living in what emergency officials had identified as the evacuation area.

The real-time update extended the range of the cars by unlocking previously inaccessible battery power, meaning the vehicles could now go farther on a single charge. The change will not be permanent; Tesla said the temporary upgrade will be reversed on Sept. 16, presumably once the immediate danger has passed.

The decision reflects a key distinguishing feature of Tesla’s business, one that could divide consumers as they think about the future of car ownership.

The Model S and Model X vehicles updated on Saturday were all built with a 75 kilowatt-hour battery. At full capacity, that’s enough for a Model S to travel roughly 250 miles.

When those cars were first sold, Tesla gave customers the option of a lower-capacity battery at a more affordable price, and some decided to take the savings rather than purchase the full, 75-kWh battery.

But downsizing didn’t mean replacing the big battery with a physically smaller one; it just meant using a bit of computer code to restrict how much of the battery the car could access. If they wanted, they could later have Tesla lift the software lock by paying an additional fee, which can run into the thousands of dollars.

What happened this weekend is that Tesla temporarily lifted that software lock at no cost, after receiving requests for help from customers whose cars were stuck in Hurricane Irma-related traffic.

The decision highlights one of the most innovative aspects of owning a Tesla. The company’s ability to add range instantly to a vehicle, using software, is something no conventional car can achieve. You can’t simply make a gas tank bigger at the click of a button.

This isn’t the first time Tesla has used wireless software updates to expand a car’s capabilities. The total value of all the optional software upgrades Tesla now offers adds up to tens of thousands of dollars, according to some estimates. Nor is the concept of software-unlocks a novel one: From video-game expansion packs to premium Spotify subscriptions, software is now commonly used to expand the range of features available to us in other products.

What makes this use of the software key so interesting is that, for many consumers, this is the first time they’ve seen the practice extended to their cars. It forces us to think a bit differently about what it means to truly own a vehicle.

Tesla’s decision to offer lower-priced cars with certain performance compromises could be viewed as expanding consumer choice and giving users flexibility. At the same time, because the underlying hardware remains the same no matter what level of software you’ve purchased, you could say that Tesla has locked the full potential of its vehicle behind an arbitrary paywall.

This is a paradigm shift. When you buy any other car, you get its full capabilities. In many cases (though less so now than in decades past) you can open up the hood and tinker with everything yourself. This has historically been the way we’ve thought about buying a car. When you roll it off the lot, it’s really yours — you get the whole thing, and you can basically do with it whatever you want.

In Tesla’s case, it’s not quite the same. There is a community of amateur hackers who poke around inside their cars and sometimes make fascinating discoveries, but the company has a significant degree of control over the vehicles even if it doesn’t exercise it all the time. As we’ve seen, Tesla can remotely install new software, including codes that enables and disables features unilaterally.

This can be a gift, when getting caught with the “wrong” feature package risks putting you in a hurricane’s way. At the same time, it highlights the tremendous power your car company can have over you, not to mention whether it’s consumer-friendly for a company to charge you thousands of dollars to access hardware that takes just a few keystrokes to turn on. The debate has already taken off on Reddit.