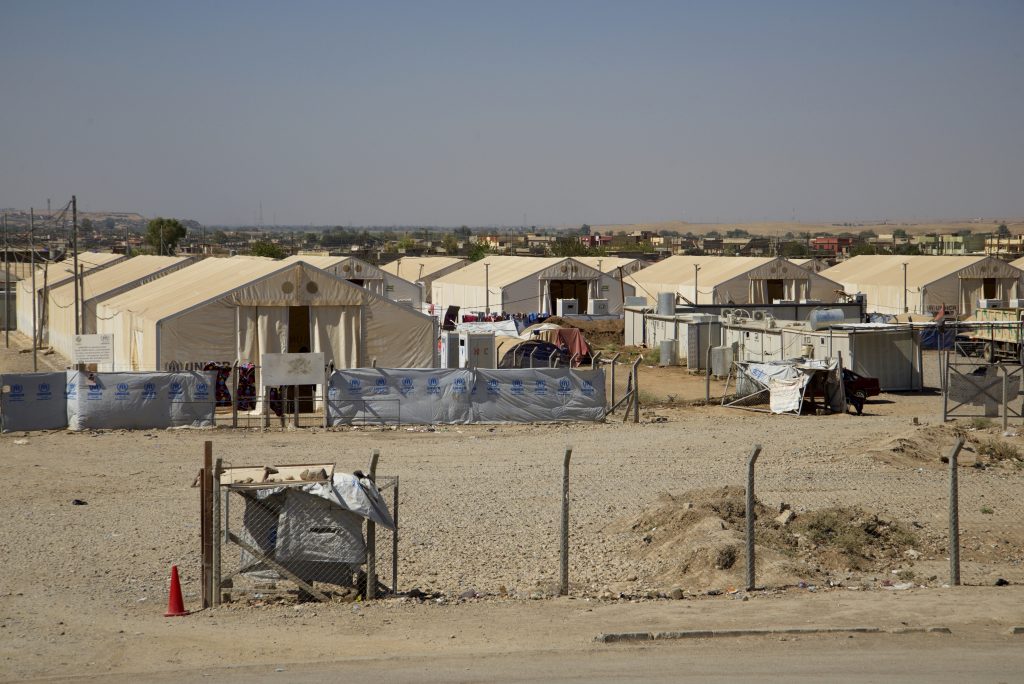 Iraqi forces are holding more than 1,300 foreign women and children, the families of Islamic State terrorists, at a camp for displaced people in northern Iraq.

The 1,333 individuals, from 14 countries, surrendered to Kurdish forces at the end of August after an Iraqi offensive drove the terrorist group from the northern town of Tal Afar, near Mosul, Iraqi security officials said. The officials spoke on condition of anonymity in keeping with military protocol.

They say the women and children will not be charged with crimes and will likely be repatriated to their home countries. Most hail from Central Asia, Russia and Turkey, but the group also includes people from as far away as Japan and South Korea.

Tens of thousands of foreigners traveled to Iraq and Syria to live in the IS group’s self-styled Islamic caliphate. The territory under their control has rapidly shrunk over the past two years as Iraqi and Syrian forces have retaken several cities and towns.

“We couldn’t practice our religion in Azerbaijan. We couldn’t wear the niqab (a veil that covers the face) because there were intelligence officers everywhere,” said Feyruza, who is originally from Dagestan in Russia.

“We were told that in Iraq they had implemented Islam and we came here and it was true. We lived our lives as Muslims and we were very happy until the warplanes came and destroyed everything,” she said.

She and other women said they had been living in Tal Afar since early 2015. They said they knew nothing about the group’s widely publicized atrocities.

“We didn’t see any killings. It didn’t happen. Everything was according to the Quran and the Sunna (teachings of the Prophet Muhammad). What we saw was the implementation of Islamic rule,” said another woman named Aybenis, also from Azerbaijan. The women declined to give their last names out of security concerns.

The women said they lived well up until August, when Iraqi forces launched the operation to retake the town. Their account of life under the terrorists is in sharp contrast to that offered by other residents of Tal Afar, who fled by the thousands in the months leading up to the operation because of severe shortages of food and other supplies.

The women and children are now living in tents and receiving aid from humanitarian groups. They are among hundreds of thousands of Iraqis displaced by fighting over the past year. Iraqi forces recaptured Mosul, the country’s second largest city, in July following a grueling, nine-month campaign.

The women said they didn’t know the fate of their husbands, who surrendered to Kurdish forces separately. Brig. Gen. Kamel Harki, a Kurdish commander, said some of the captured fighters were handed over to Iraqi authorities while others were killed after faking their surrender and then attacking their captors.