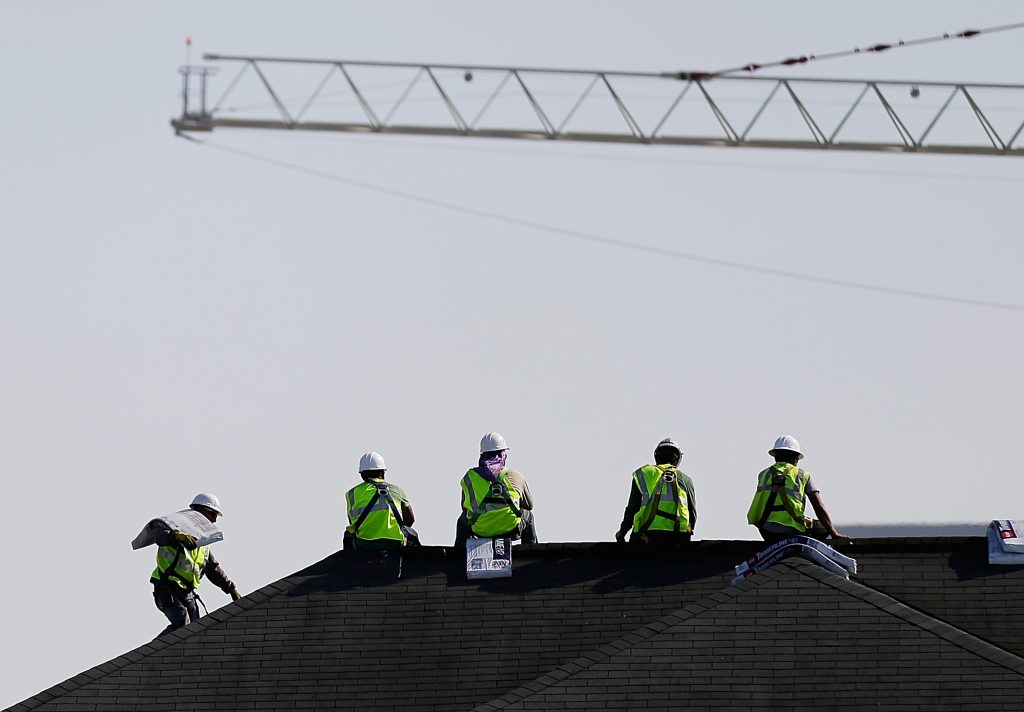 U.S. services businesses grew at a faster pace in August as measures for new orders and hiring improved, though some of those gains could disappear temporarily in the wake of damage from Harvey.

The Institute for Supply Management said Wednesday that its services index rose in August to 55.3 from 53.9 in July. The July reading had been the lowest since the index registered 51.7 in August 2016. Still, anything above 50 signals growth. The services sector has expanded for 92 straight months.

But those gains could drop off due to short-term setbacks caused by Harvey and, possibly, Irma, said Ian Shepherdson, chief economist at Pantheon Macroeconomics.

After Hurricane Katrina struck in 2005, the services index and its hiring component both fell.

“We tentatively expect bigger declines this time around, but the key point for now is that ahead of the storms, the non-manufacturing sector was in good shape,” Shepherdson said.

The Commerce Department said last week that gross domestic product, the broadest measure of economic health, expanded at an annual rate of 3 percent in the April-June quarter. This was the best performance since early 2015 as growth for the April-June quarter was revised upward from an initial reading of 2.6 percent.

Still, the stronger growth follows a sluggish start to 2017. The growth rate in the January-March quarter was a lackluster 1.2 percent.