National OPINION: Give Money, Not Stuff, to Help Out Harvey Victims
National 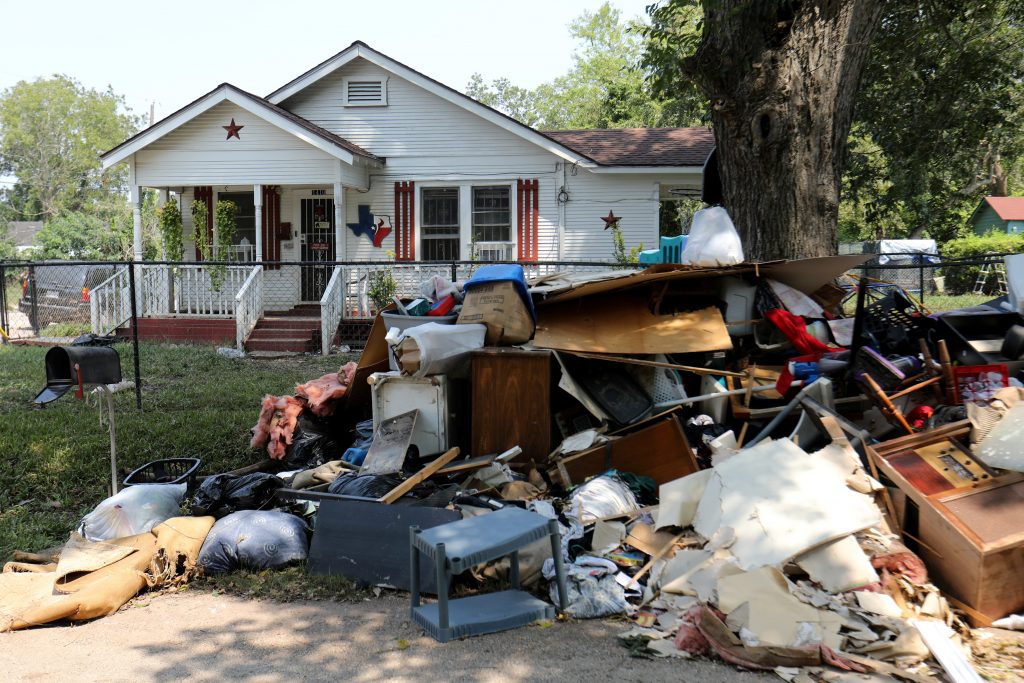 As you think about how best to help the people of Houston and the gulf region recover from Hurricane Harvey, here are two important rules.

Rule No. 1: If you don’t know what people need, give them money.

Rule No. 2: You don’t know what people need.

Simple as they seem, though, the rules are surprisingly hard to follow. Donating money just doesn’t feel as good as giving tangible things. I, for example, have a 2-year old, so I know all about the horror of running out of diapers. And anyone who’s lived through a Texas summer understands thirst. If you drop off a box of diapers and a case of water at a collection center, you can imagine how that helps, and thinking about that makes you feel good. If you write a check, you never really know what happens next.

But remember this: The goal of charity is not to make you feel better. It is to make other people feel better. And money is a more effective way to do get that done.

Understand that charitable organizations can buy supplies more cheaply than you can. Costco and Sam’s offer me a pretty good deal on diapers, but Kimberly-Clark will offer an even better deal to the Red Cross and the Salvation Army. Also, when the charities do the purchasing, logistics and transportation are much simpler. Loading pickup trucks with products from dozens of collection centers is much more expensive and time-consuming than picking up trailer loads of supplies from a factory.

Aid groups have a clear idea about what is really needed. Of course, people need water and diapers. But how much? Should you buy one case of water and three boxes of diapers? Or vice versa? And in a disaster recovery the needs change quickly. The public water supply is safe in most places, but some schools can’t reopen until moldy carpet is replaced. A disaster-relief group with a fat bank account can move quickly to address that need. A group with a warehouse full of water can’t.

The same basic idea — give people money, not things — also applies to public aid. We don’t yet know how much Texas and the feds are going to spend on recovery, but it may well exceed $200 billion. (The bill after Katrina was about $120 billion.) Whenever possible, letting people figure out what will help the most just makes sense.

We know, for example, that tens of thousands of homes have been damaged or destroyed. More than 80 percent of these homes were not covered by flood insurance, and the fund covering insured homes was woefully inadequate. As has been true following every such disaster, the government will spend to alleviate the losses. In effect, the government will tell people, “Even though you bought insurance from an insolvent company or even if you don’t have insurance, we’re going to pay.”

Whether this is the proper thing to do is a debate for another time. The immediate question is whether we should hold people to a strict accounting and require them to rebuild or replace housing or whether we should give them cash and let them figure it out.

Cash is better. To begin with, some places should never be rebuilt. After every flood, people learn (or are reminded) about the areas that are the most dangerous. Give them money to rebuild, and the problem remains. Buy them out and let them move to higher ground, and the problem is solved.

Another issue is that government money to rebuild primarily goes to property owners. When apartment units come back, renters will benefit from low rents, but that can take years. These people — especially low-income renters — need immediate help. They need to replace cars and personal belongings, much of which was uninsured, before they can get on with life. They need cash.

Houston and the rest of the gulf region will rebound. The things that made them successful weren’t swept away by Harvey. We all have an obligation not just to help them recover, but to do it in the best way possible.

Get your checkbook out.