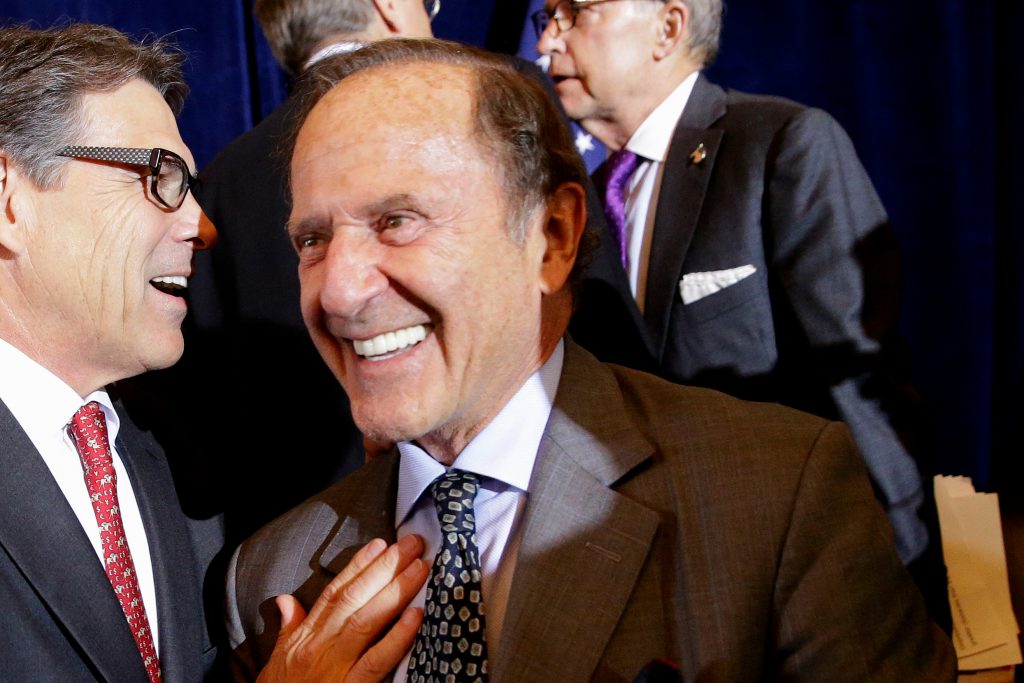 The owner of two of the country’s largest newspapers has purchased the Daily News, a New York tabloid that is famous for generations of hard-punching reporting and irreverent headlines but that has struggled recently to find its place in the digital age.

Chicago-based Tronc Inc., the publisher of the Los Angeles Times and the Chicago Tribune, announced the deal Monday night.

The purchase gives Tronc and its chairman, Michael Ferro, who spent most of his childhood on Long Island, another big brand name in old-school journalism.

The big question will be whether the company can find a way to make the newspaper lucrative again. The Daily News won a Pulitzer Prize this year but has suffered through rounds of layoffs and declining circulation.

Tronc CEO Justin Dearborn said acquiring the paper and its popular website would “provide us with another strategic platform for growing our digital business, expanding our reach and broadening our services for advertisers and marketers,” and both Tronc and Daily News executives said the company would maintain the quality of the paper’s journalism.

“Over the past near-century, the New York Daily News has served New York City and its surrounding areas with its award-winning journalism and helped shape the dynamics of the city,” the outgoing News owner, Mort Zuckerman, said in a release. A New York real estate magnate, he had owned the paper since 1993.

The deal puts the Daily News under the umbrella of one of the nation’s major newspaper chains, with properties spanning from the Hartford Courant in Connecticut to the Sun-Sentinel in South Florida.

Tronc — which evolved from Daily News founder the Tribune Co. — gets a presence in the New York media market, a news site with about 25 million unique monthly visitors and other assets. Under the terms of the deal, Tronc said it assumed the Daily News’ operational and pension liabilities and got 100 percent ownership of its Jersey City, New Jersey, printing plant and a 49.9 percent interest in the plant’s 25-acre (10-hectare) property, which overlooks the Manhattan skyline.

With the deal, News Editor-in-Chief Arthur Browne was also named publisher, though he plans to retire at the end of the year.

Founded in 1919, the Daily News considers itself “New York’s Hometown Newspaper,” informing everyday New Yorkers about their city and more. It has been known over the years for zesty headlines — perhaps most notably “Ford to City: Drop Dead” during the New York’s financial woes in 1975 — gossip, city coverage and star columnists who included Jimmy Breslin, Pete Hamill and Liz Smith.

Lately, the tabloid has also attracted attention with its unsparing criticism of President Donald Trump. (Trump, in return, branded the paper “worthless” and Zuckerman “dopey” in tweets last year.)

The Daily News and ProPublica together won this year’s Pulitzer Prize in public service journalism for uncovering how authorities used an obscure law to evict hundreds of people, mostly poor minorities, from their homes. It was the Daily News’ 11th Pulitzer Prize, and the fifth during Zuckerman’s tenure.

But the paper has also contended with the troubles that have affected newspapers in general as readership and ad dollars have shifted online, without making up for the decline in print revenue. Total newspaper revenue fell 11 percent from 2012 to 2016 as average daily print circulation slipped 13 percent, according to a June report by the consulting and audit firm PwC. It added that while newspapers’ online advertising revenue has been increasing, other entities have captured much of the growth in digital ad dollars.

Zuckerman eyed selling the Daily News in 2015 but ultimately took it off the market.