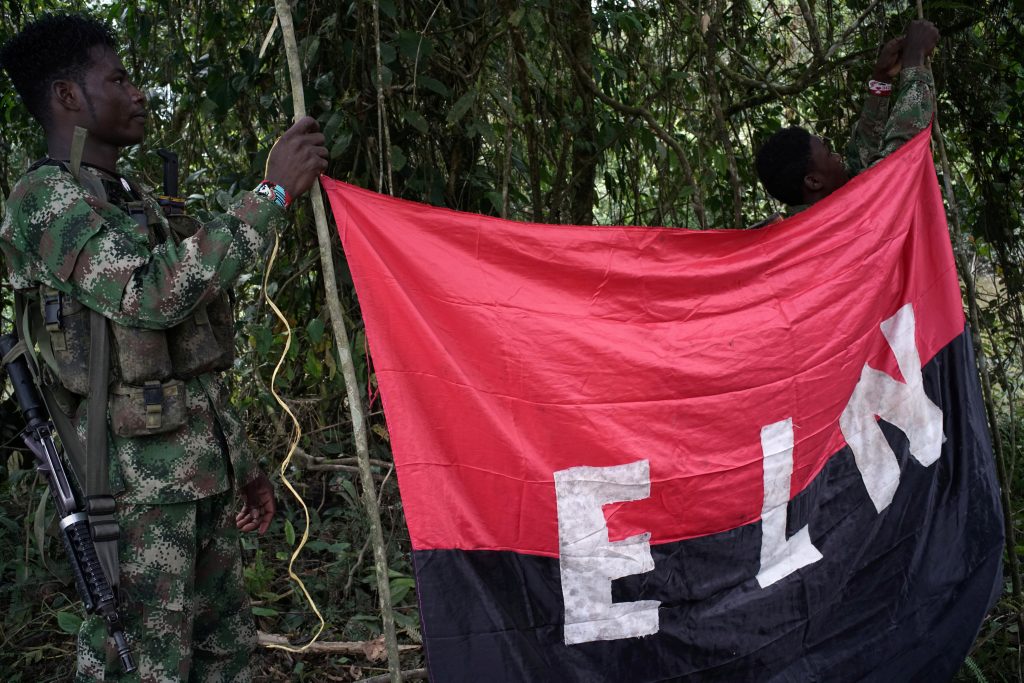 Ahead of a historic visit by Pope Francis, Colombian officials on Monday reached a temporary ceasefire deal with the leftist rebels of the ELN, potentially putting the long troubled nation on track for a broader era of peace.

The deal with the ELN marks Colombia’s first ceasefire with an armed group founded in the 1960s with the aid of radical Catholic priests. It comes on the heels of a peace accord reached last year with what had been Colombia’s largest armed guerrilla group, the FARC.

The ELN, or the National Liberation Army, has long been Colombia’s second largest guerrilla movement, engaging in extortion, kidnappings and attacks on civilians and oil pipelines.

Under the 102-day ceasefire negotiated in Quito, Ecuador after months of talks and set to start Oct. 1, the ELN has pledged to halt those activities. In return, the jailed ELN fighters would receive improved conditions and the government would boost security for leftist community leaders, dozens of whom have been slain in recent months.

Colombian President Juan Manuel Santos announced the deal on Monday morning, suggesting the ceasefire had come together in part to honor the visit of Francis, the first Latin American pope. A figure who has railed against social injustice, Francis is revered even by leftist guerrillas.

“The pope will arrive at a unique moment in our history, when we are turning the page of an absurd conflict and we are looking toward the future,” Santos said in announcing the ceasefire.

Since rising to his office, Francis has presided over a surge of diplomatic efforts by his church in Latin America. Under the direction of the former cardinal of Buenos Aires, the Vatican helped broker the 2015 thaw in relations between Cuba and the United States, and has also sought to bring the government and the opposition together in Venezuela.

A priest from Francis’s order of the Jesuits – Francisco de Roux – has played a key role in negotiations between the ELN and the Colombian government. De Roux has called on the ELN, which for years was led by a series of Catholic priests subscribing to leftist ideals, to renounce violence. “Kidnapping doesn’t destroy capitalism, nor does it destroy imperialism. It destroys the kidnapper and the kidnapped,” De Roux has said.

“The pope’s impending visit to Colombia is a key factor” in the ceasefire, said Michael Shifter, president of Inter-American Dialogue, an organization based in Washington that promotes democracy and social equity in Latin America.

Yet Shifter and other analysts caution that a ceasefire, while promising, is still far from the lasting peace accord reached with the FARC. More so than the FARC, the ELN, with 1,500 to 2,000 members, operates as a decentralized group. It remains unclear the extent to which its leadership can control its rank and file. Last week, the group announced that it had killed a Russian hostage, allegedly as he tried to escape.

“It will be a test of trust on both sides, and a real big test of whether the ELN can have its orders complied with by all in the organization,” said Adam Isacson, a Colombia expert at the Washington Office on Latin America.