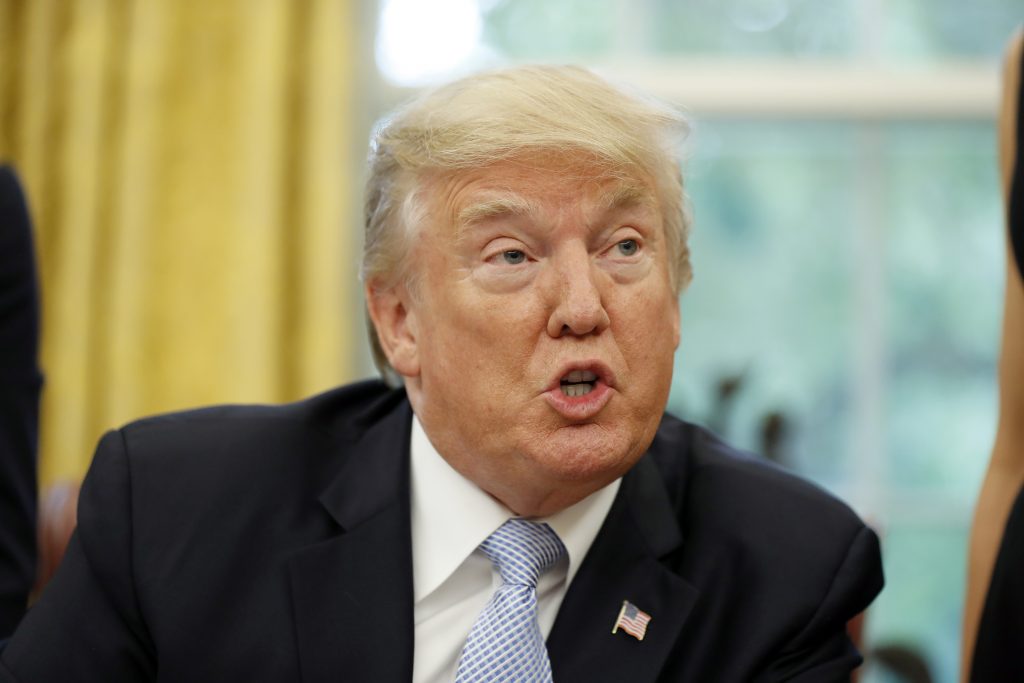 President Donald Trump is considering triggering a withdrawal from a free trade agreement with South Korea, a business lobbying group said Saturday, raising concerns about a move that could cause a fresh economic rift between allies at a moment of heightened tensions with a common foe.

The White House alerted lawmakers that a notification of intent to withdraw could come as soon as Tuesday, the U.S Chamber of Commerce wrote in an “all hands on deck” note calling on members to lobby the administration to stay in the deal.

Trump, who has blasted the bilateral agreement in the past, acknowledged Saturday he was consulting with his advisers on the future of the agreement. But he did not elaborate on timing. The agreement is “very much on my mind,” Trump told a reporter from Reuters as he surveyed storm damage in Houston.

Trump is weighing the issue at a perilous moment for the Korea peninsula. The U.S. and South Korea are aligned in heightened standoff over North Korea’s nuclear program. The North claimed it had successfully developed a hydrogen bomb that can be loaded onto an intercontinental ballistic missile. The White House had no immediate response to that claim.

The administration has been in talks to make adjustments to the trade agreement known as KORUS. A White House official noted that U.S. Trade Representative Robert E. Lighthizer met with Korean officials in July to begin negotiations. The official, who was not authorized to speak publicly on the matter and asked for anonymity, said talks are ongoing.

Trump has labeled the agreement, which went into effect in 2012, a bad deal. He’s made renegotiating free trade deals a key piece of his nationalist economic agenda. Among his first moves as president was scrapping his predecessor’s massive, multilateral Trans-Pacific Partnership.

In its note to members, the chamber said a withdrawal from KORUS would represent a further retrenchment from Asia.

“The U.S will lose significant market share to the EU, Australia, China and others while sending a very dangerous message that America is not interested in doing business in Asia,” wrote Tami Overby, the group’s senior vice president for Asia.