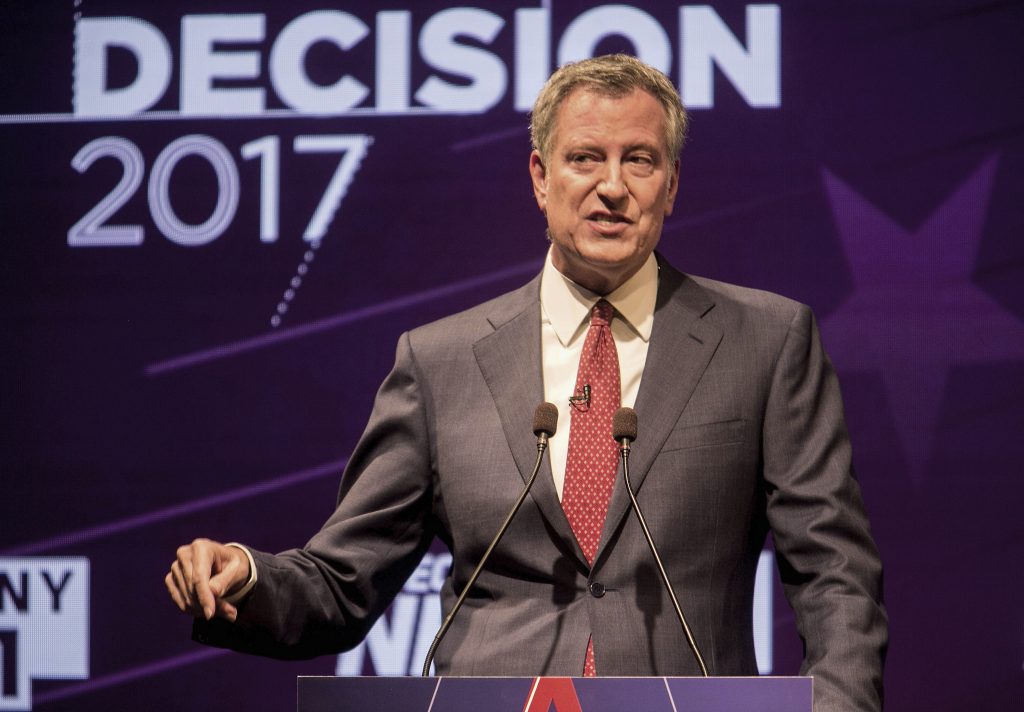 Mayor Bill de Blasio says he’ll “definitely” march in New York City’s Columbus Day Parade despite having included the explorer who discovered America among statues he may want taken down.

De Blasio, who is of Italian heritage, says the Oct. 9 parade is an opportunity to express pride in Italian contributions.

“I am absolutely comfortable continuing to march,” the mayor said, though he didn’t explain how he resolves the contradiction

Liberal activists in New York and elsewhere are targeting statues of Columbus, whom they consider a colonizer to Native Americans. De Blasio has ordered a 90-day review of statues on city property.

The Columbus Circle statue was donated to the city by Italian immigrants,& and groups of Italian-Americans are furious at de Blasio for contemplating its removal.