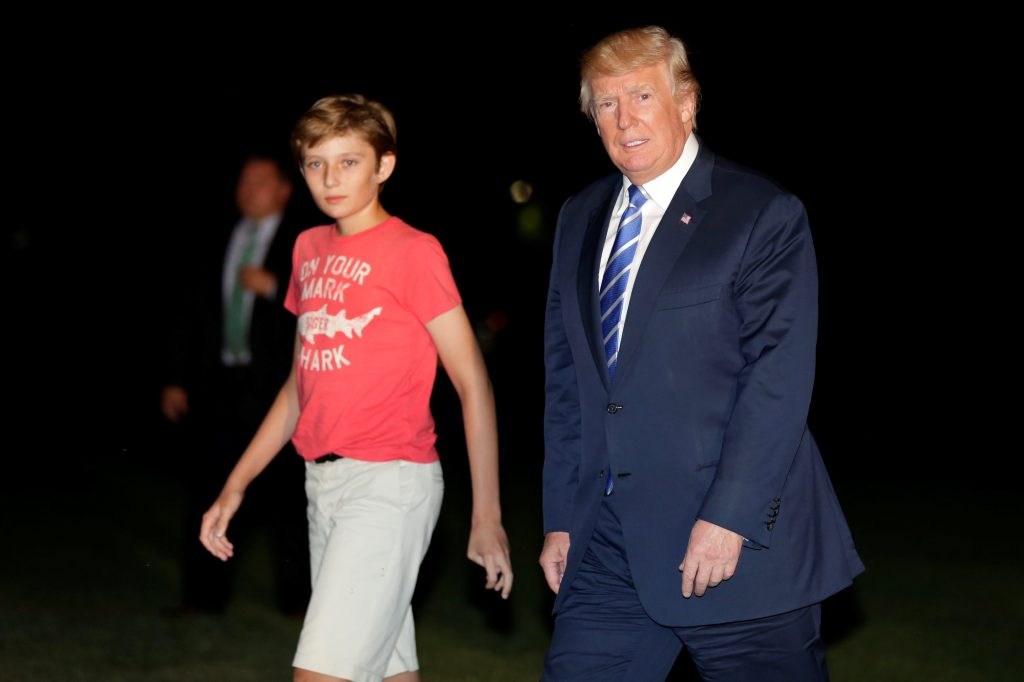 The White House on Tuesday renewed its request to the news media for privacy for President Donald Trump’s young son, Barron, after a conservative news and opinion website criticized the casual attire he wore home after the family’s summer vacation.

The 11-year-old wore shorts, a T-shirt and loafers without socks for Sunday’s return trip to the White House from the family’s home on Trump’s private golf club in central New Jersey.

Ford Springer, The Daily Caller columnist, wrote that since Barron doesn’t have any responsibilities as the president’s son “the least he could do is dress the part when he steps out in public.”

Stephanie Grisham, a spokeswoman for Mrs. Trump, appealed to the media to give Barron space to be a kid.

“As with all previous administrations, we ask that the media give Barron his privacy. He is a minor child and deserves every opportunity to have a private childhood,” Grisham said.

“Let’s not pretend the press is suddenly concerned about defending the Trumps,” Coglianese said by email, describing Springer as “the most pro-Barron Trump writer I’ve ever met.”

The White House also got bipartisan support from former first daughter Chelsea Clinton, who defended Barron on Twitter. Clinton was the subject of ridicule as a teenager growing up in the White House in the 1990s when her father, Democrat Bill Clinton, was president.

“It’s high time the media & everyone leave Barron Trump alone & let him have the private childhood he deserves,” Clinton tweeted Monday, with a link to the Daily Caller column.

“Barron is A KID. No child should be talked about in the below manner-in real life or online. And for an adult to do so? For shame,” she tweeted back to the individual.