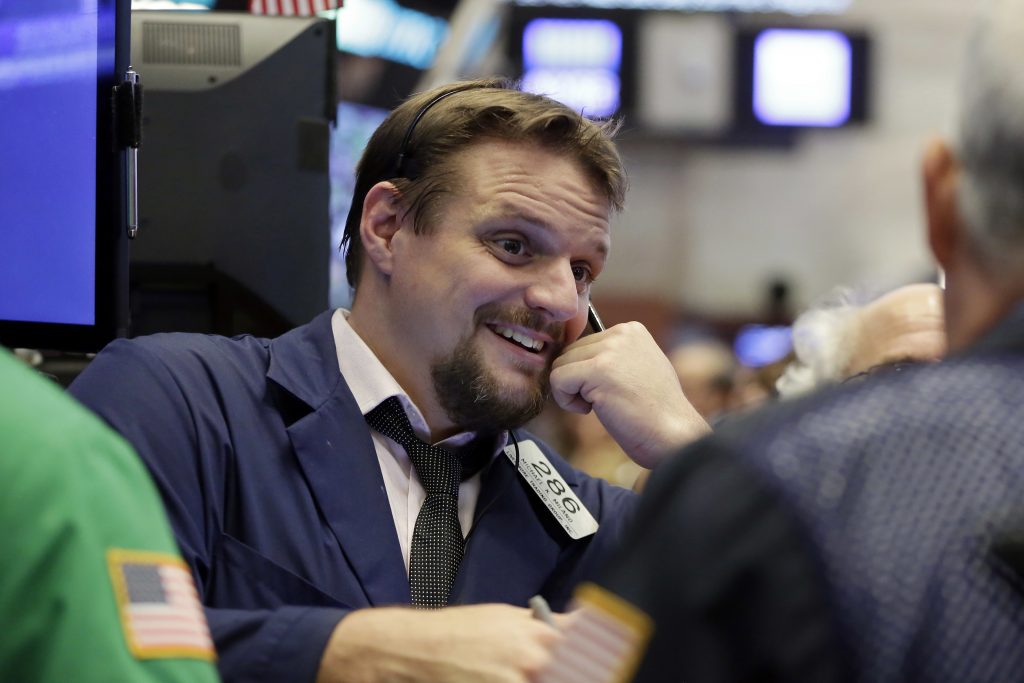 U.S. stocks are slightly higher Wednesday as Urban Outfitters and Target climb. That’s helping many retailers recover some of the sharp losses they took a day earlier. Technology companies are rising as well, but energy companies are falling as the price of oil turns lower.

Stocks gave up most of their earlier gains after a group of CEOs, including the heads of 3M and Campbell Soup, said they were leaving a manufacturing jobs group over comments about racism made by President Donald Trump. Trump then tweeted that he is ending that council as well as a strategy and policy group. The furor could create more obstacles for Trump’s pro-business agenda of tax cuts and infrastructure spending.

FLYING OFF THE RACK: Clothing and accessories retailer Urban Outfitters had a better second quarter than Wall Street expected, and analysts said there are some signs the company’s business is recovering after years of struggles. The stock rose $2.82, or 16.8 percent, to $19.65. Even with those gains, it’s down 30 percent this year and recently traded at eight-year lows, far below its price of $40 a share in mid-2015.

Target also gained $2.26, or 4.2 percent, to $56.61. The company raised its annual estimates after it did better than analysts expected in the second quarter.

RETAIL RALLY: Gap climbed 52 cents, or 2.4 percent, to $22.60. Express added 23 cents, or 4.1 percent, to $5.80. Retailers had struggled a day earlier after poor results and lower forecasts from Dick’s Sporting Goods and Advance Auto Parts. The S&P 500 index of retailers climbed 2 percent Wednesday after a 2.3 percent plunge the day before.

THE QUOTE: “The market is trying to figure out who the winners and losers are going to be,” said JJ Kinahan, chief strategist for TD Ameritrade. That means turbulence for retailers is only going to rise as online competition grows and customers want more features like same-day delivery. With Wal-Mart and the Gap about to make their quarterly reports, investors could change their minds again on Thursday.

“This sector is not for the faint of heart,” Kinahan said.

FED MINUTES: The minutes from the Federal Reserve’s meeting last month did not include many details about the central bank’s plans for letting its balance sheet shrink. The notes showed a divided Fed, as some members of its policy committee think that interest rates should stay about where they are because inflation is still low. But others felt that interest rates should be raised because delays might lead to dangerously high inflation later.

However officials unanimously agreed to leave the interest rates unchanged.