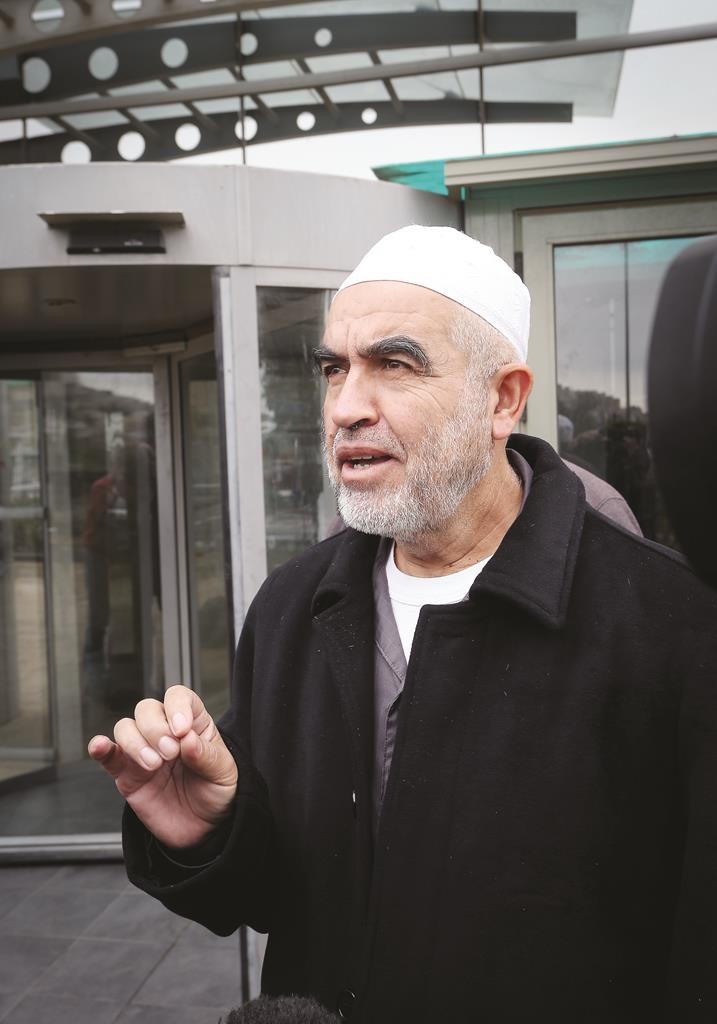 Northern Islamic Movement head and radical Islamist Raed Salah was arrested early Tuesday on charges of incitement and illegal assembly. Salah has been very active in recent weeks, police said, spreading rumors and inciting Arabs over the supposed Israeli “takeover” of Har HaBayis. In addition, he continues to lead activities of the Northern Branch of the Islamic Movement, which has been declared an illegal terror organization.

Police said they were bringing charges against him for speeches he made on three recent occasions: when two Israeli police officers were murdered by terrorists near Har HaBayis last month, setting off a wave of riots related to security measures Israel tried to impose; during the riots; and at the funeral for the terrorists who killed the Israeli officers at their funeral in Umm el-Fahm. In each case, Salah made a speech inciting violence against Israelis.

Commenting on the arrest, Public Security Minister Gilad Erdan said that “there were very good reasons why I led the effort to make the Northern Islamic Movement an illegal group. Salah has time and again made speeches that encourage violence and murder, and thus is a danger to the public. I hope that this time he will be sent to prison for an extended period.”