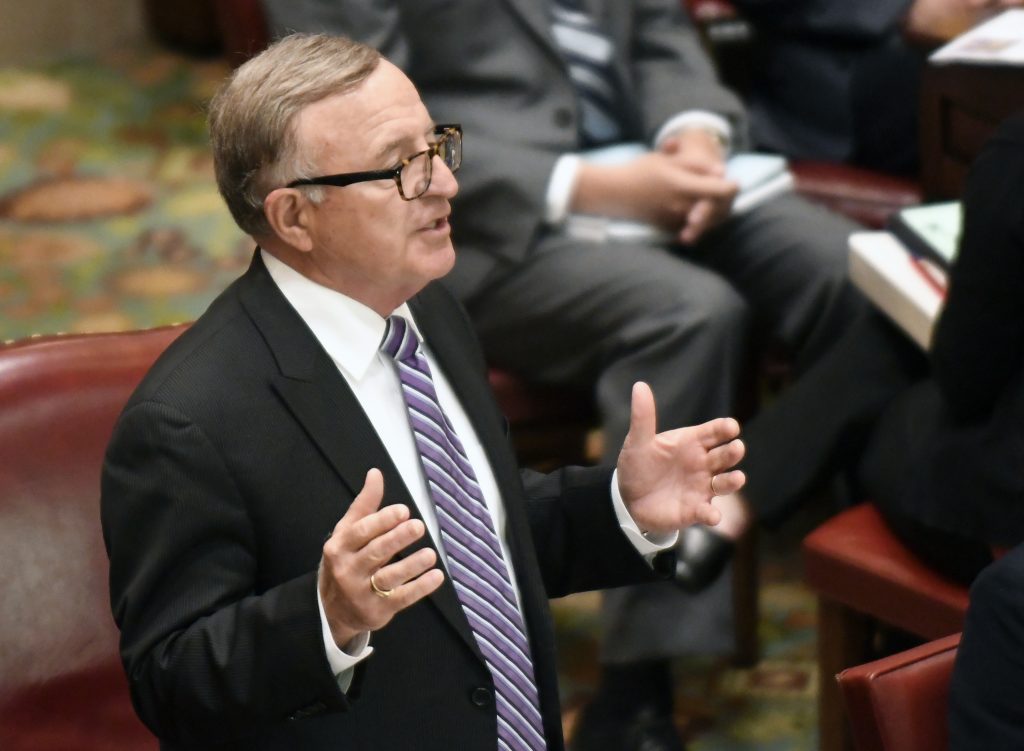 The field of possible candidates willing to take on Gov. Andrew Cuomo is growing, with more names popping up as the Democrat prepares for his second reelection bid next year.

State Senate Deputy Majority Leader John DeFrancisco, a Syracuse Republican, said he’s meeting with Republican groups around the state as he mulls a run for governor.

“I think it’s just prudent to go around and see what level of support there is,” he said. “And if there is, then I’ll seriously consider it.”

Meanwhile, on the Democratic side, former state Sen. Terry Gipson says he’s considering a primary challenge against Cuomo. And Syracuse Mayor Stephanie Miner, a leading critic of Cuomo, says she’s been approached by people wondering if she will run. Cynthia Nixon, a prominent supporter of Mayor Bill de Blasio, is also being talked about as a possible Democratic candidate.

On Monday, Councilman Jumaane Williams of Flatbush said he’s been asked about challenging Cuomo in the Democratic primary and is not ruling it out.

Cuomo himself has been touted as a possible White House candidate in 2020 but insists he’s focused on running the state — and winning a third term in 2018.