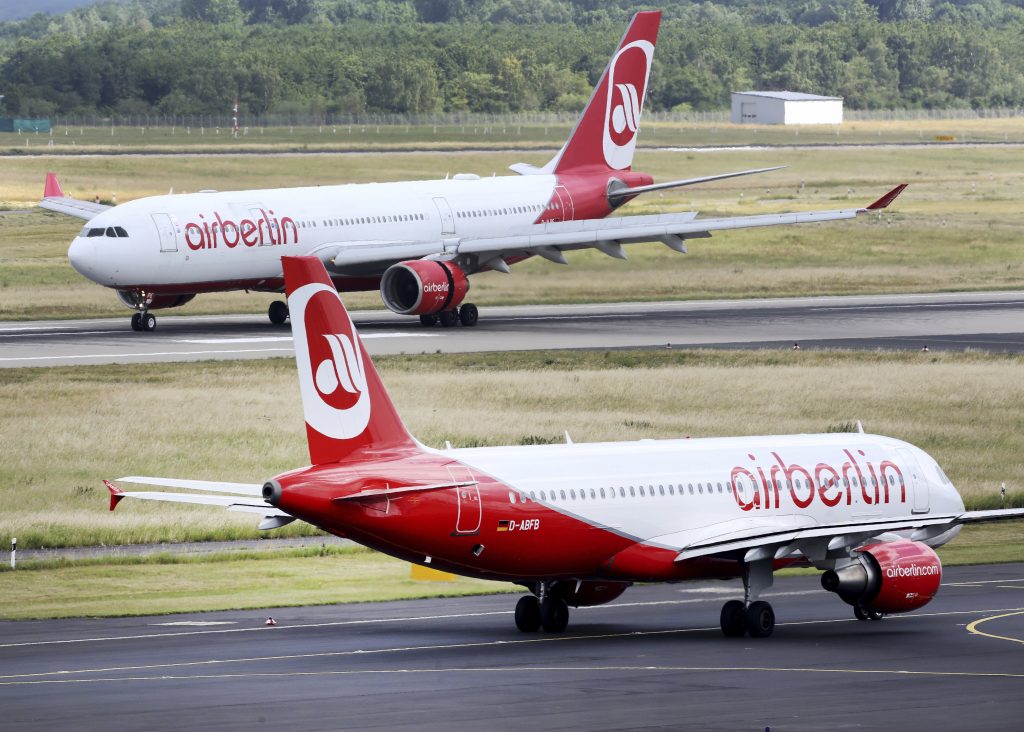 The loss-making airline said Tuesday that after Etihad pulled funding, it “came to the conclusion that there was no further positive way ahead for Air Berlin.”

To allay travelers’ fears that they could be stranded on summer holiday, the German government immediately said it would provide a loan of €150 million ($177 million) so the airline can continue flights for the time being.

“We’re in a time when many tens of thousands of travelers and vacationers are in multiple international holiday spots,” the Economy and Transport Ministries said in a statement. “The return flights of these travelers back to Germany with Air Berlin would not have been otherwise possible.”

Union ver.di called it a “severe blow” for the more than 7,000 employees of Air Berlin.

“Our priority now lies with securing the jobs,” said Christine Behle, a union board director. “Air Berlin must proceed with transparency and provide all important information.”

Air Berlin has been posting losses for years. It has been restructuring its operations and has been kept aloft in recent years by Etihad, which holds a 29.2-percent stake.

Following the bankruptcy announcement, Lufthansa said it was “supporting the restructuring efforts of the airline jointly with the German government” and that its leased aircraft would continue operating as before.

Lufthansa, Germany’s largest airline, said it was “already in negotiations with Air Berlin to take over parts of the Air Berlin group and is exploring the possibility of hiring additional staff.”

Zypries said that the bridge loan “should give enough time for the negotiations to be brought to a conclusion.”

The German Transport and Economy Ministries said Air Berlin had been in negotiations with Lufthansa “and another airline” for a long time.

Etihad Airways said the bankruptcy filing was “extremely disappointing for all parties,” especially as it had supported the airline for over six years, but that it could not continue pumping money into a loss-making business.

“As a minority shareholder, Etihad cannot offer funding that would further increase our financial exposure. We remain open to helping find a commercially viable solution for all parties,” it said.

It said it had pumped 250 million euros of additional funding into Air Berlin as recently as in April and helped it “explore strategic options” for its business. It said the German carrier’s business has “deteriorated at an unprecedented pace, preventing it from overcoming its significant challenges and from implementing alternative strategic solutions.”

The Emirati national airline said it continues to have codeshares and other business relationships with Air Berlin and will support its management.

Air Berlin’s decision comes three and a half months after another Etihad-backed European carrier, Alitalia, entered its second round of bankruptcy protection in a decade.

Etihad said at the time that Alitalia needed a “fundamental and far-reaching restructuring” and it was not prepared to keep pumping money into the struggling Italian airline.