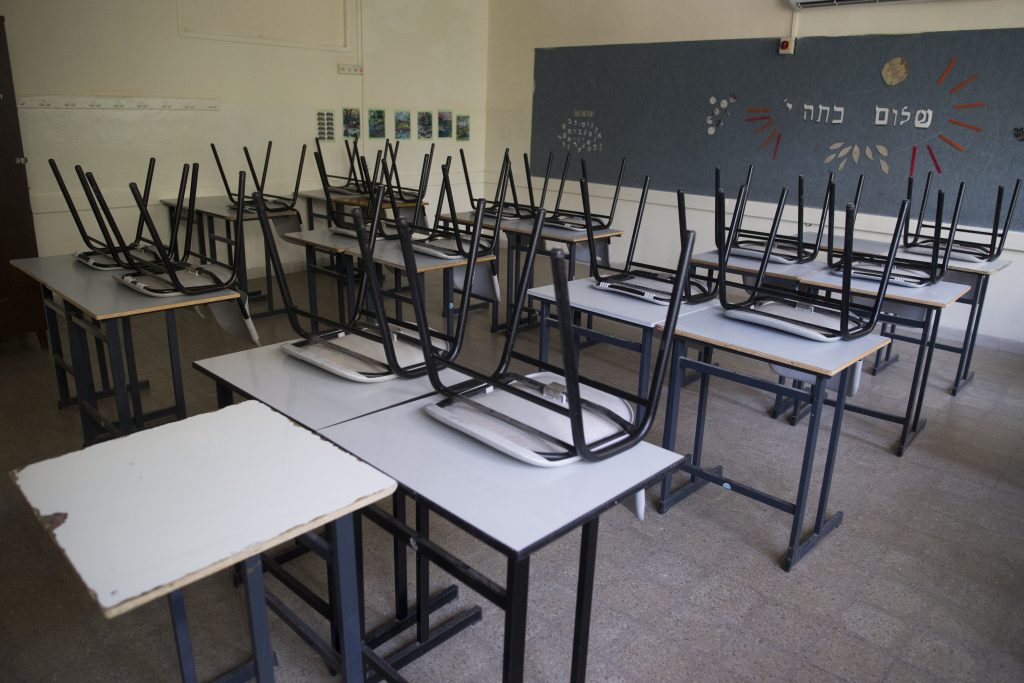 Barely three weeks before the start of the new school year, school security guards said that they may decide not to show up for work on September 1st. Despite agreements made between security guards — many of whom are contract workers who do not receive benefits of regular full-time government workers — little has been done to improve the financial position of the guards, according to Alex Tanzer, who leads a union representing 4,500 school security guard contract workers.

“If you are an official government worker, your employer takes care of you, but if you are a contract worker who is employed by an agency, not the school or the Education Ministry, you are invisible,” Tanzer said at a press conference Sunday. “School security guards have it especially bad, for example they have to spend hundreds of shekels on medical tests to prove they are healthy even before they earn a single shekel.”

Salaries are not stable, either; during the summer months and school vacation periods, their income shrinks to as little as NIS 1,600 a month — far below the poverty line. “No one, including the Histadrut labor union, takes an interest in us. The schools and local authorities, not the guards, should be paying for the medical certificates and permits that they demand from workers. It is impossible to earn a living wage under these circumstances, and we will strike until things change.”

In 2016, dozens of schools in Yerushalayim went for weeks without security guards, as many quit their jobs over money issues. Various measures — such as an order by Finance Minister Moshe Kahlon ordered that guards not be forced to collect unemployment pay over the summer when school is out, but instead receive salaries — were never followed through.

In response, the Education Ministry said that the Public Security Ministry was responsible for school security guards, which, when asked by Maariv, referred questioners to the Local Authority, representing townships and municipalities in Israel. In its own statement, the Local Authority said that that it was “working to improve the salaries and conditions of school security guards. They recently received a raise, which local towns and cities are paying for out of pocket, with no help from the government.” The Histradut said that it had been “instrumental” in achieving a pay raise for the guards, and that it would “continue to fight for improvements to their situation.”