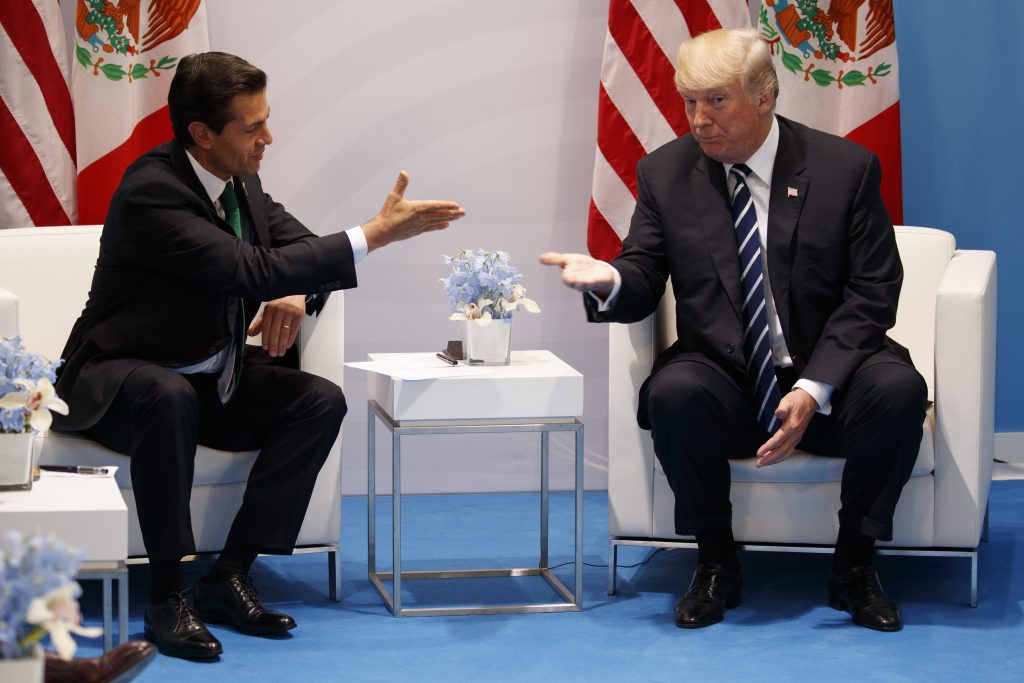 Get ready to start hearing about NAFTA again. Trade officials from Mexico, Canada and the U.S. will soon converge in Washington, D.C., to start renegotiating what President Donald Trump on the campaign trail called “the worst trade deal maybe ever signed anywhere.”

The president’s rhetoric has cooled considerably since then — and with good reason. The North American Free Trade Agreement has given a huge boost to our economy. Since NAFTA took effect in 1994, U.S. manufacturing output has risen by more than 80 percent, and the country has added more than 30 million new jobs.

But that doesn’t mean we can’t make a good deal even better. Toward that end, the U.S. Trade Representative’s Office recently released its proposed negotiating objectives for updating NAFTA. The first priority? “Improve the U.S. trade balance and reduce the trade deficit with the NAFTA countries.”

That objective is problematic for several reasons.

First, it’s a mistake to equate a “reduced” trade deficit with an “improved” trade deficit. Immediately after the 2008 economic crisis hit, the U.S. unemployment rate increased from 5.8 percent to 9.3 percent, U.S. GDP shrank by $300 billion, and the U.S. trade deficit in goods with Canada and Mexico was slashed in half. None of those outcomes should be considered “improvements.”

Another problem is that no one, including U.S. trade negotiators, even knows what the size of the U.S. trade deficit with Canada or Mexico really is.

According to the Commerce Department, in 2016 the United States had a $7.7 billion surplus in goods and services trade with Canada, and a $63.1 billion deficit with Mexico.

But those figures are incomplete. The Commerce Department also reports a $67 billion “statistical discrepancy” in U.S.-Canada trade numbers. The discrepancy in U.S.-Mexico figures is even larger: $99 billion. Trade deficit figures known to be deficient should not form the basis of U.S. trade negotiations.

Of course, in international commerce, the United States will have deficits in some areas and surpluses in others. But one thing is certain. When all transactions — including investment flows — are accounted for, U.S. transactions with Canada and Mexico balance. There is no deficit.

Indeed, when you consider how trade actually works, you realize how misguided it is to even focus on this question at all. Consider what Adam Smith, the father of modern economics, had to say:

“Nothing, however, can be more absurd than this whole doctrine of the balance of trade. When two places trade with one another, this doctrine supposes that, if the balance be even, neither of them either loses or gains; but if it leans in any degree to one side, that one of them loses and the other gains in proportion to its declension from the exact equilibrium. Both suppositions are false. (T)rade which, without force or constraint, is naturally and regularly carried on between any two places is always advantageous.”

“Contrary to the general perception, the existence of a current account (or trade) deficit is not in itself a sign of bad economic policy or bad economic conditions. If the United States has a current account deficit, all this means is that the United States is importing capital. And importing capital is no more unnatural or dangerous than importing coffee. The deficit is a response to conditions in the country. It may be a response to excessive inflation, to low productivity, or to inadequate saving. It may just as easily occur because investments in the United States are secure and profitable. Furthermore, the conditions to which the deficit responds may be good or bad and may be the results of good or bad policy; but if there is a problem, it is in the underlying conditions and not in the deficit per se.”

Focusing on the trade deficit is a mistake. In all trade negotiations, including NAFTA, the U.S. Trade Representative’s goal should be to increase Americans’ freedom and prosperity. Instead of seeking to right imaginary wrongs, our negotiators should pursue an agreement that will actually benefit ordinary Americans.