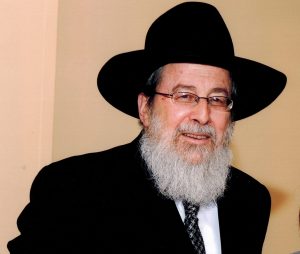 Rabbi Brafman was remembered for his tremendous dedication to his talmidim and to the broad needs of the klal. By personal example, as much as by his caring guidance, he infused generations of talmidim with the confidence that they could grow to live lives of true bnei Torah.

Young Aaron was enrolled in Yeshivah Torah Vodaath at a young age and would remain there for more than 20 years, studying in its kollel and serving as a Maggid Shiur. There, he became an exceptionally close talmid of Harav Yaakov Kamenetsky, Harav Gedaliah Schorr and Harav Avrohom Pam, zecher tzaddikim l’vrachah.

Rabbi Brafman constantly sought his Rebbeim’s teachings and guidance, carefully learning from their ways and incorporating their worldviews. As someone who placed great emphasis on understanding world affairs according to hashkafas haTorah, Rabbi Brafman invested much time and energy to gain a full understanding of his Rebbeim’s daas Torah on a wide range of topics. Even many years after their petirah, Rabbi Brafman’s first move to evaluating life choices was to consider how his great mentors would have approached the matters.

From a young age, he distinguished himself for his hasmadah. Someone who often traveled together with him on the subway ride from Crown Heights to yeshivah testified that Reb Aaron routinely spent the entire trip immersed in a Gemara that he carried with him.

In 1964, he married Susie Schwartz, the daughter of Joseph, z”l, and Elsa Schwartz, a”h, natives of Frankfurt, Germany, who had settled in San Francisco. For the many years of their marriage, Rebbetzin Brafman stood dutifully at her husband’s side, caring for the needs of their home and growing family in a manner that allowed her husband to focus his energies on his own growth in Torah, his talmidim and his many efforts on behalf of the klal.

Recognizing his talents as a mechanech, while still in his mid 20s, Rabbi Brafman was selected to serve as a Maggid Shiur in Torah Vodaath’s mesivta.

In 1970, Rabbi Brafman accepted an invitation to serve as the Menahel of the Yeshiva of Far Rockaway, which had only recently been founded by its Rosh Yeshivah, Harav Yechiel Perr, shlita, a talmid of Harav Aharon Kotler, zt”l. With his sincere sense of caring, he forged deep relationships with generations of talmidim, carefully tending to each of their needs, putting their growth before any other considerations.

Carrying a sense of responsibility for the klal at large, Rabbi Brafman delivered regular shiurim and mussar vaadim to groups of local baalei batim. He also raised funds for a tzedakah fund he maintained for needy members of the Far Rockaway community.

Rabbi Brafman’s anavah and unassuming manner made him a uniquely approachable figure. Yet, his concern for the state of Klal Yisrael did not hold him back from speaking out on topics that he felt were of great importance to the community.

Rabbi Brafman had been in declining health in recent years.

The levayah was held Friday afternoon in the Yeshiva of Far Rockaway. After Shabbos, the mittah was flown to Eretz Yisrael, where additional hespeidim were delivered, followed by kevurah in the Eretz HaChaim cemetery in Beit Shemesh.

The family asks that anyone who has stories about Rav Brafman, zt”l, send them to zichronrabbibrafman@gmail.com