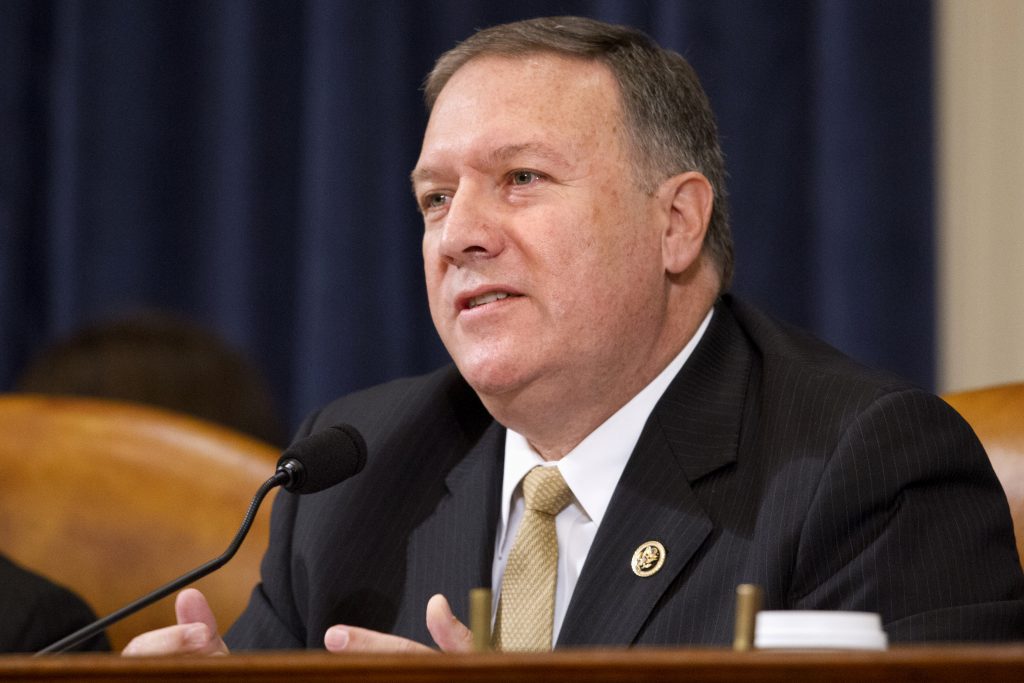 CIA Director Mike Pompeo said on Sunday he would not be surprised if North Korea tested another missile, given that it had two tests in July.

President Donald Trump has offered fiery warnings for North Korea, saying that the U.S. military was “locked and loaded.” North Korean officials in turn have accused the U.S. leader of driving the Korean peninsula to the brink of nuclear war.

North Korea said on Thursday that plans would be completed by mid-August to fire four intermediate-range missiles to land near the U.S. Pacific island of Guam, 2,175 miles away.

Guam is a target because of its naval base and air force base, from which two B-1B supersonic bombers were deployed close to the Korean peninsula on Tuesday.

Referring to Kim, President Trump added: “If he utters one threat … or if he does anything with respect to Guam or any place else that’s an American territory or an American ally, he will truly regret it, and he will regret it fast.”

White House officials have insisted the investigation is not designed to apply additional pressure on China as it relates to North Korea despite the president’s previous remarks that he would be more amenable on trade if China stopped Pyongyang’s nuclear program.

Meanwhile, North Korea said on Saturday that nearly 3.5 million workers, party members and soldiers volunteered to join or rejoin its army to resist new U.N. sanctions and to fight against the United States in the current geopolitical tension between Pyongyang and Washington.

Last week, North Korea threatened to strike the United States and its Pacific territory of Guam.

KCNA said on Wednesday a mass rally was held in Pyongyang to support the government. North Korea has previously mobilized large crowds to show its resolve when tensions escalate.

In August 2015, 1 million North Koreans offered to enlist or re-enlist in the army when a mine exploded in the demilitarized zone between the two Koreas, raising additional tensions.

North Korea warned foreign diplomats to leave Pyongyang in 2013 when it suspended work at a joint inter-Korean industrial park and threatened missile strikes on U.S. Pacific bases, notably in Guam and Hawaii.