World IN DEPTH: N. Korea Still Mastering How to Deliver a Nuke to U.S.
World 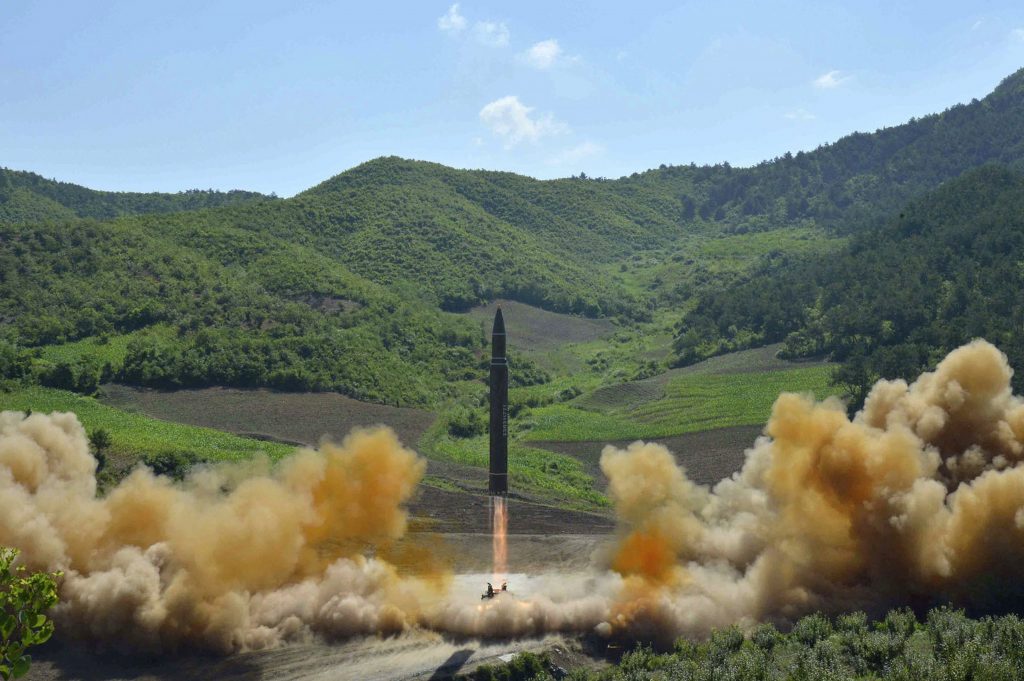 U.S. intelligence officials are pretty sure North Korea can put a nuclear warhead on an intercontinental missile that could reach the United States. But experts aren’t convinced the bomb could make it all that way intact.

“I don’t think North Korea has a good measure of how accurate the missile is at this point,” said Michael Elleman, an expert with the International Institute for Strategic Studies. “They don’t know if the re-entry technologies will really hold up — whether the bomb will survive the trip.”

The North must conduct more tests to master what is known as “re-entry” in missile parlance, experts believe. The process involves shielding a nuclear warhead from the high temperatures and force it faces when it re-enters the earth’s atmosphere at about 15,500 mph.

“In principle, Kim Jong Un could hit the United States with a nuclear weapon,” said Elleman, a former scientist at Lockheed Martin’s Research and Development Laboratory who also worked as missile expert for U.N. weapons inspection missions. “In practice, I think they are probably a half year to a full year away from having something that will work more often than it would fail.”

“Putting these things all together and making them work is extremely challenging, and they haven’t yet demonstrated a capability to produce a reliable re-entry vehicle, which is what houses the actual nuclear device,” he said. “Remember, they’ve only tested these systems very few times.”

Still, Bermudez, said, North Korea is “on track” to figure it out.

National Intelligence Director Dan Coats told Congress in May that Kim has been photographed beside a nuclear warhead design and missile air frames to show that North Korea has warheads small enough to fit on a missile.

That same month, Lt. Gen Vincent Stewart, the Defense Intelligence Agency director, told lawmakers that while Kim must still work on the technical aspects of re-entry, it’s only a “matter of enough trial and error to make that work. They understand the physics, so it’s just a matter of design.”

Coats and Stewart testified before North Korea conducted its first test of an intercontinental missile on July 4. On July 28, it conducted a second test of its long-range Hwasong-14 ICBM.

The second test flight was captured by a rooftop camera operated by Japan’s NHK media on the northern island of Hokkaido. Elleman, who analyzed the video, concluded that it most likely “disintegrated” before splashdown, suggesting North Korea is still struggling with re-entry.

“I think it probably failed fairly late in the process,” said John Schilling, a consultant with 38 North, a respected website on North Korea at Johns Hopkins University’s School of Advanced International Studies.

“It needs to be light in order to achieve range, but it also needs to be built fairly tough to survive, and those two things are at odds with one another,” Schilling said. “Too light is a problem in that the payload would be too fragile and won’t survive the trip, particularly atmospheric re-entry at the far end.”

On Tuesday, a news report said North Korea could now wed nuclear warheads with its missiles, including its longest-range ones that might be able to hit the continental United States. The nuclear advances were detailed in an official Japanese assessment and in a story by The Washington Post that cited U.S. intelligence officials and a confidential Defense Intelligence Agency report.