Israel Israel, the Land of Milk and Honey … and Whisky?
Israel 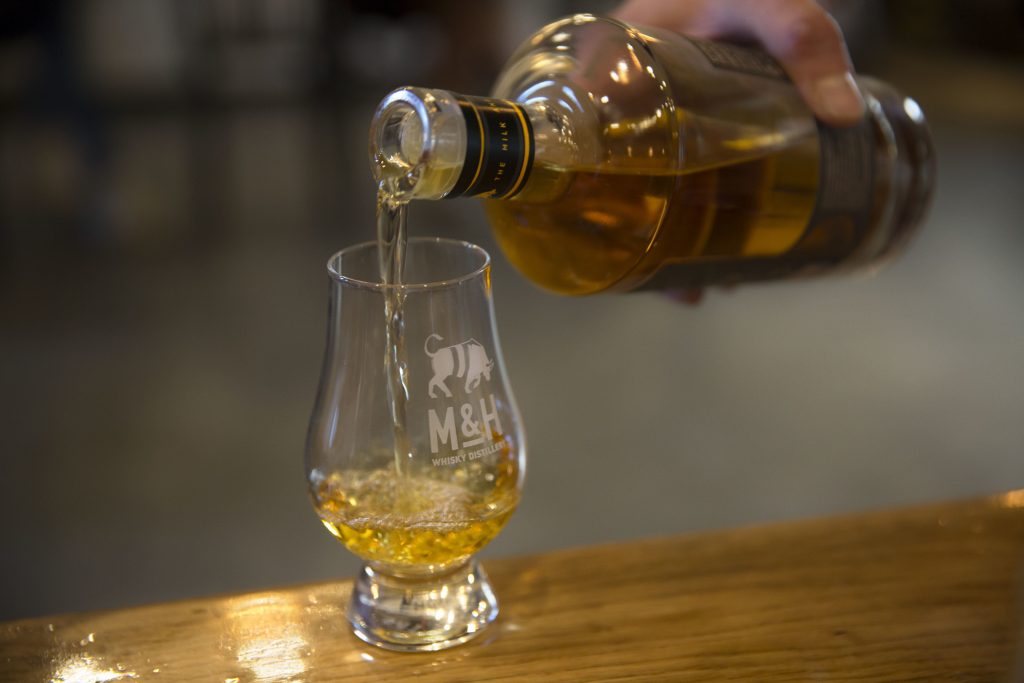 Israel has been known as the land of milk and honey since Biblical times – but the land of single-malt whisky? One appropriately named distillery is trying to turn Israel into a whisky powerhouse.

Smooth, honey-brown whisky is not the first thing that comes to mind when most people think of Israel. However, at the Milk and Honey Distillery, rows of casks proudly stamped “Tel Aviv” hold liters of the stuff.

Attir says the brew is aged for three years and two months in virgin oak and old bourbon barrels at the company’s renovated former bakery in a rugged industrial area of south Tel Aviv.

“It’s complex for its age,” he said. “The taste feels like more than three years, more like seven or eight and again the story is much more important in this case. This is the first ever single-malt whisky that any distillery has released from Israel.”

Although wine has been produced in the Holy Land for millennia, and modern Israeli wines have gained international renown in recent years, whisky production is new to the country.

Milk and Honey was founded in 2013 and began distilling small experimental batches of whisky a year later. One hundred bottles from their first cask of Single Malt are set to be sold at an online auction starting Aug. 11.

Whiskey is universally acceptable for religious Jews to consume, Attir says, and Milk and Honey’s drink is “ultra-kosher.”

“We don’t work on [Shabbos], we don’t work on Yom Kippur or [Pesach],” he said. “And we want to symbolize our being Jewish or Israeli and then we called it the Milk and Honey Distillery.”

The single malt was made in Israel from start to finish, according to the company’s website, though the ingredients, barrels and equipment were imported from the U.S., U.K. and elsewhere. The warmer climate in Israel allows for a speedier aging process in the barrel than whisky made in colder climates, according to Ran Latovicz, an Israeli whisky connoisseur and bar owner.

“In colder climates like Scotland or Ireland, whisky usually ages for about seven to 10 to 12 years before it’s even bottled because (it is) just the way, you know, it gets to its full potential,” he said.

The distillery believes it is well positioned to ride a wave of growing international interest in new world whiskys, like rising stars from Taiwan or India, and hopes this initial offering whets the appetites of aficionados everywhere.

“There’s a huge demand nowadays for whisky from other places around the world – new world whisky. There [are] more than 70 countries now with a minimum of one distillery, and one of them is Israel,” Attir said.

Gal Kalkshtein, Milk and Honey’s founder and owner, said he hopes that once the whisky starts getting shipped abroad in 2019, it will create a buzz for Israeli whiskies.

“We want to be recognized for our quality, not the gimmick,” he said.