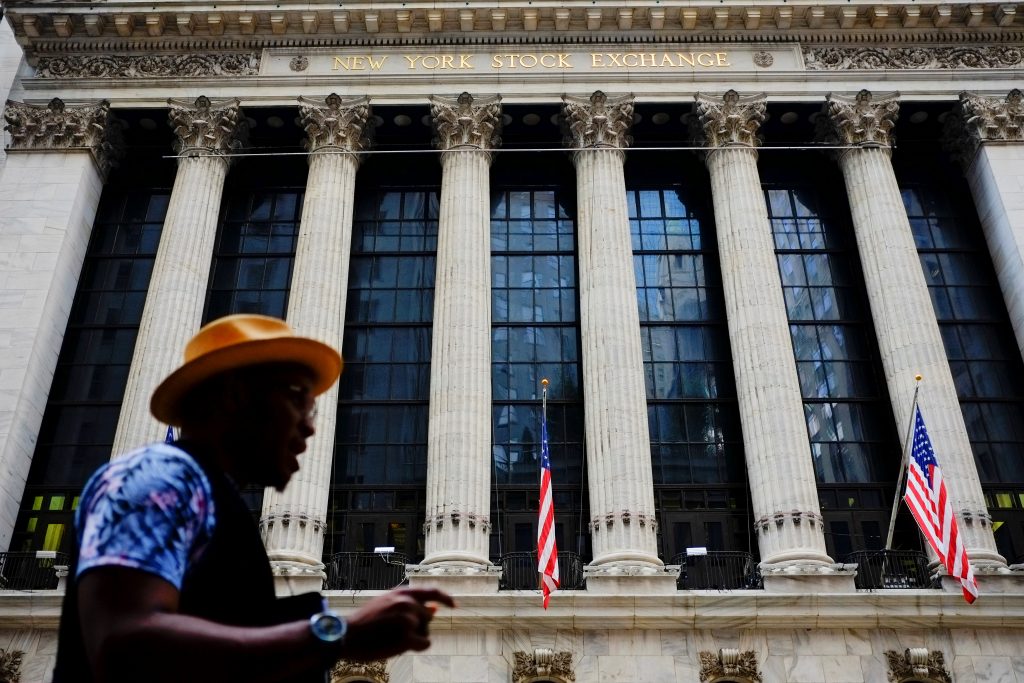 Technology companies led a broad slide in U.S. stocks Thursday afternoon, putting the market on track for its biggest loss in two months. Financial companies and department store operators were among the big decliners. A batch of disappointing earnings results from big retail chains and simmering tensions between the U.S. and North Korea weighed on the market. Oil prices veered lower as early gains faded.

SIMMERING TENSIONS: North Korea revealed on Thursday a detailed plan to launch a salvo of ballistic missiles toward the U.S. Pacific territory of Guam, a major military hub and home to U.S. bombers. Japan and South Korea vowed a strong reaction if the North were to go through with the plan. The move added to escalating U.S.–North Korea tensions. The VIX, a measure of how much volatility investors expect in stocks, jumped 34.8 percent, the biggest increase since May.

RETAIL SLUMP: Disappointing quarterly results from big department store chains put investors in a selling mood. Macy’s was down 9.7 percent after the company said its sales continued to decline in the second quarter. The stock fell $2.25 to $20.79. Dillard’s slumped 17.8 percent after the chain booked a loss for the second quarter as increased inventory led to big discounts. Its shares tumbled $13.09 to $60.25. Kohl’s also declined, sliding $2.66, or 6.3 percent, to $39.28.

UNDERCOOKED: Blue Apron slumped 17.1 percent after the meal kit seller reported a sequential decline in customers in the second quarter due to a planned reduction in marketing. The trend appeared to overshadow strong quarterly revenue growth in the quarter. The stock fell $1.07 to $5.17.