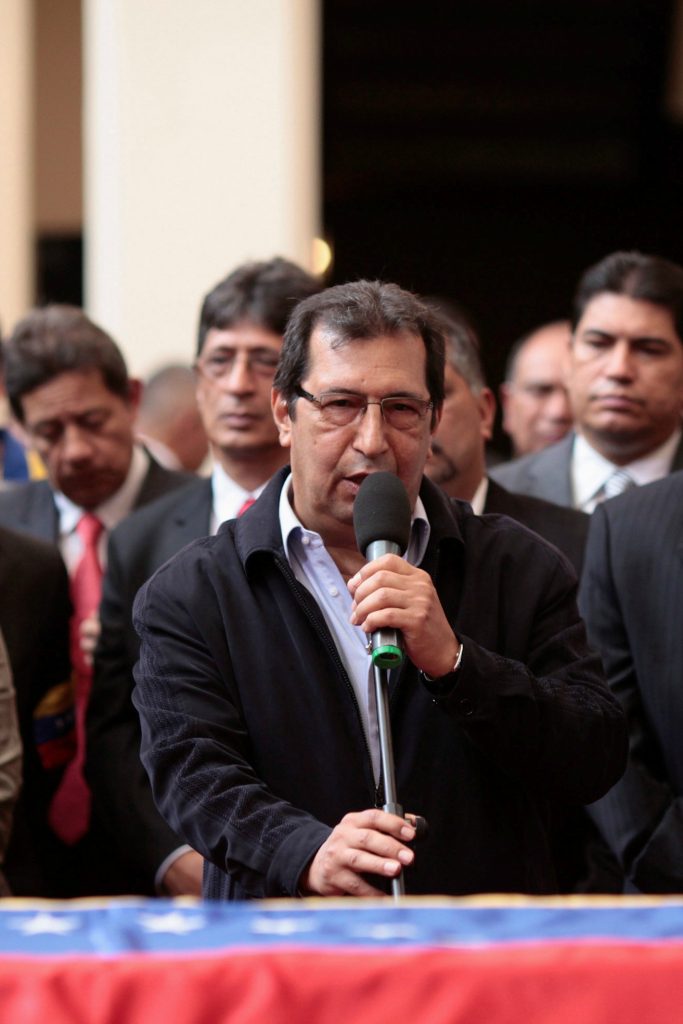 Washington imposed sanctions on eight Venezuelan officials on Wednesday for their role in creating an all-powerful legislative body loyal to President Nicolas Maduro, while a mayor-turned-fugitive called for more anti-government protests.

The sanctions followed Friday’s installation of a legislative superbody known as the constituent assembly, made up entirely of allies of the ruling Socialist Party and armed with the power to rewrite the constitution.

The assembly’s first action was to fire Venezuela’s chief prosecutor, who had accused Maduro of human rights abuses, confirming opposition fears that the assembly would purge the government of dissenting voices.

Maduro’s loyalist Supreme Court has, meanwhile, stepped up the prosecution of opposition politicians including Ramon Muchacho, mayor of the wealthy Chacao district of capital city Caracas.

Muchacho appeared in a video shot from a secret location after the court removed him from office and sentenced him to 15 months in prison on Tuesday for failing to halt anti-government protests in his district.

He was the fourth mayor to be charged in the last 15 days. A fifth mayor, David Smolansky of the El Hatillo district of Caracas, was scheduled for a court hearing.

“To all Venezuelans, the message is to continue in this struggle,” said a bearded Muchacho, clad in a white T-shirt emblazoned with the Venezuelan flag and appearing before a plain white backdrop. The video was circulated on social media.

Chacao has been the epicenter of demonstrations against Maduro and Muchacho’s video could help breathe new life into the protest movement. The massive street protests seen before the election of the assembly have lost steam, while anti-Maduro activists try to draw up a strategy for the future.

“We will not abandon the streets,” senior opposition figure Andres Velasquez told a news conference.

The sanctions unveiled Wednesday will freeze U.S. assets of the officials targeted, ban them from travel to the United States and prohibit Americans from doing business with them. Among those named was constituent assembly member Adan Chavez, brother of the late socialist leader Hugo Chavez.

“We absolutely reject this act of aggression by the North American empire, by the government of Washington, and we do not recognize any sanction against the people of Venezuela,” said Foreign Minister Jorge Arreaza in a broadcast.

“Venezuela cannot be sanctioned by anything or anyone.”

Experts say individual sanctions have had little or no impact on Maduro’s policies and that broader oil-sector and financial sanctions may be the only way to make the Venezuelan government feel economic pain.

More than 125 people have died in violence since the opposition began a sustained wave of protests in April. Met by rubber bullets, water cannon and tear gas fired by the National Guard, the protesters say the crisis demands an early presidential election that they are sure Maduro would lose.

His popularity has been pounded lower by triple-digit inflation and acute food and medicine shortages, which Maduro blames on right-wing conspirators in league with the U.S. “empire.”

The opposition, which gained control of Venezuela’s congress in 2015 only to see its decisions nullified by the Supreme Court, boycotted the July 30 election of the legislative superbody known as the constituent assembly.

Maduro says the 545-member assembly will bring peace and prosperity to Venezuela. Laws passed by the new body will not need approval from Venezuela’s traditional congress, which met on Wednesday to discuss the region’s response to the new body.

In a joint declaration released on Tuesday, countries including Canada, Brazil, Argentina, Mexico, Chile and Colombia condemned the “breakdown of democratic order” in Venezuela and said they would not recognize any action taken by its “illegitimate” new constituent assembly.