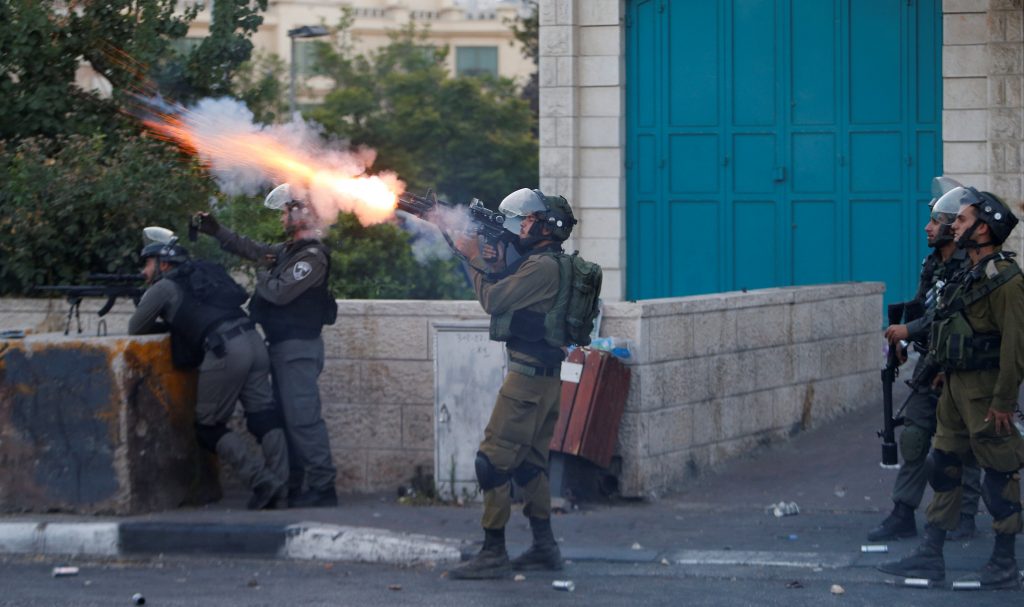 The condition of an IDF soldier injured overnight Tuesday by friendly fire was improved Wednesday morning, army officials said. The soldier was injured during activity in the Dehaishe refugee camp near Beit Lechem. The IDF spokesperson said that soldiers were attempting to apprehend two wanted terrorists. Soldiers shot at them as they tried to run away, and the soldier was injured in that gunfire.

The soldier was taken to a Yerushalayim hospital for treatment of moderate wounds. Soldiers also shot the terrorists, and the two were treated for serious and moderate wounds respectively.

Hamas on Wednesday called an IDF strike on Hamas terror infrastructure in Gaza overnight Tuesday “the crossing of a red line. The results of this are dangerous and Israel will bear the responsibility for this attack. We will not allow Gaza to become the testing grounds for Israeli weapons,” Hamas said in a statement.  IDF forces hit two targets in Gaza after Gaza terrorists fired a rocket at the Ashkelon area earlier Tuesday night. Gaza sources said that five people were injured in the IDF strike, one critically. The IDF said that it considered Hamas responsible for rocket fire and terror activity emanating from Gaza, and would continue to respond to such activity.

Overnight Tuesday, security officials said they arrested 25 wanted security suspects in other areas in Yehudah and Shomron. The suspects were wanted for participating in rioting and throwing stones and firebombs that endangered Israeli civilians and IDF soldiers. Several of the suspects were also charged with belonging to Hamas. All were being questioned on their activities by security forces.