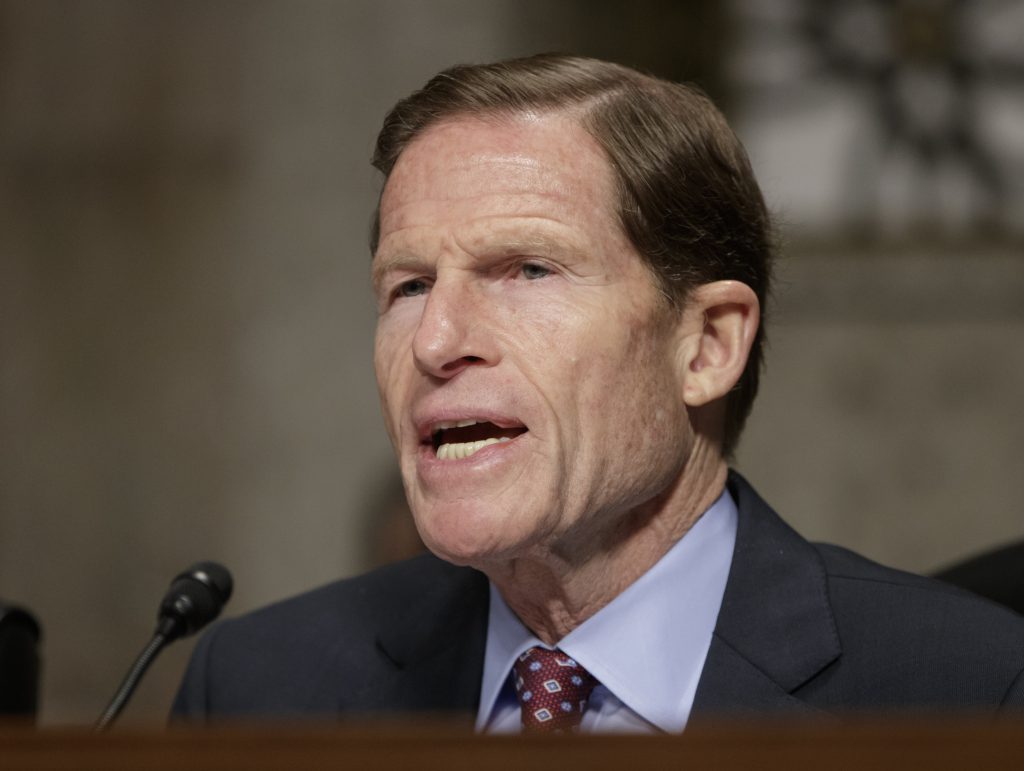 President Donald Trump on Monday launched a renewed attack on Sen. Richard Blumenthal, D-Conn., calling him “a phony Vietnam con artist” on Twitter after the senator appeared on TV.

Trump’s series of tweets came after Blumenthal voiced support on CNN for continuing the investigation into alleged Russian meddling in last year’s election and expressed concern about the Department of Justice’s increased focus on rooting out administration officials who leak information damaging to Trump.

“Politicizing the Department of Justice for personal ends, I think, is a disservice to the law, and it’s also potentially a violation of the spirit of the First Amendment,” Blumenthal said, suggesting the department was “weaponizing” laws against leaking sensitive information.

“Never in U.S. history has anyone lied or defrauded voters like Senator Richard Blumenthal,” Trump wrote on Twitter shortly afterward. “He told stories about his Vietnam battles and … conquests, how brave he was, and it was all a lie. He cried like a baby and begged for forgiveness like a child.”

“Interesting to watch Senator Richard Blumenthal of Connecticut talking about hoax Russian collusion when he was a phony Vietnam con artist!”

Trump was referencing a 2010 controversy over Blumenthal’s military service. During his Senate campaign, Blumenthal came under sharp criticism for repeated remarks over the years that he had “served” in Vietnam, even though he did his full Marine service in the United States.

Blumenthal obtained several deferments between 1965 and 1970 and then joined the Marine Corps Reserve, but did not serve in Vietnam. He later said he misspoke and intended to say that he was in the Marine Reserve during the Vietnam conflict.

A spokeswoman for Blumenthal did not immediately respond to a request for comment on Monday.

Trump has attacked Blumenthal on the same issue on past occasions.

In February, Trump pointed to the episode in trying to undermine Blumenthal’s credibility after he publicly shared that Trump’s then-Supreme Court nominee, Neil Gorsuch, had told him he found Trump’s attacks on the federal judiciary “disheartening” and “demoralizing.” Gorsuch later acknowledged having those concerns.

In May, Trump went after Blumenthal when the senator was critical of the president during broadcast appearances for his firing of then-FBI Director James Comey.

“Watching Senator Richard Blumenthal speak of Comey is a joke,” Trump said in one of those tweets.

The president’s tweets on Monday came during what aides are describing as a 17-day “working vacation” at his golf club in Bedminster, N.J. In an earlier series of tweets, Trump stated that his political base is stronger than ever, despite recent polling to the contrary.

In recent days, Trump aides have touted a greater discipline brought to the White House by retired Marine Corps Gen. John Kelly, Trump’s new chief of staff. Since the arrival of Kelly, who joined Trump in Bedminster over the weekend, the president has continued to be active on Twitter.