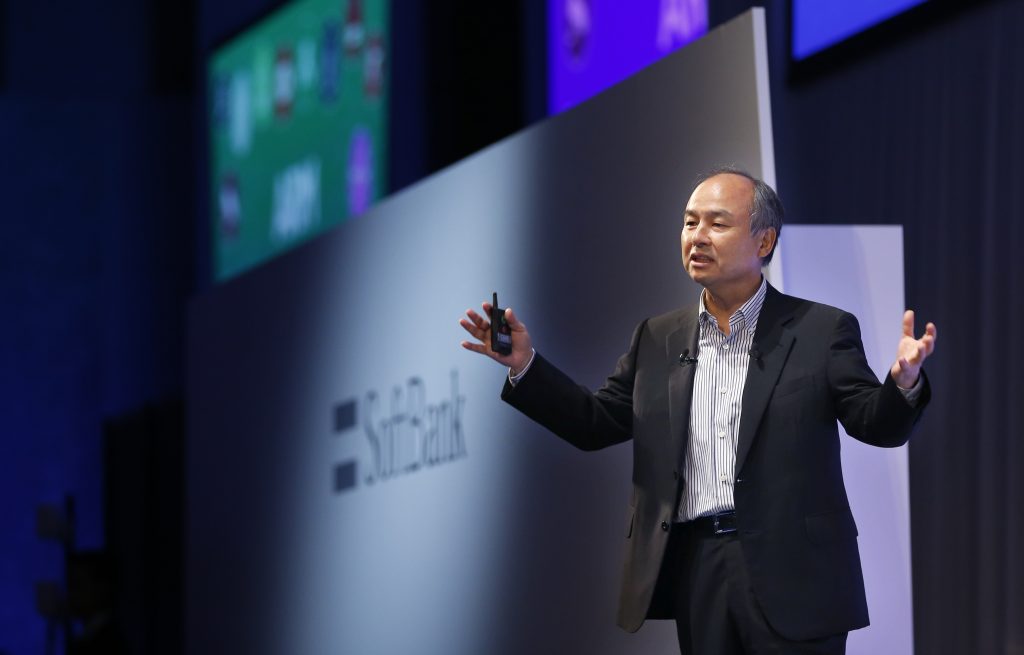 Sprint’s resumed talks about a potential merger with T-Mobile US Inc., being held at the same time as discussions with cable companies, shows the lengths billionaire Masayoshi Son is taking to build scale for a wireless carrier facing increasing competition in the U.S.

The two mobile operators restarted discussions after Sprint’s exclusive negotiating period with Comcast and Charter Communications expired at the end of July, according to people familiar with the situation who asked not to be identified because the information is private.

Son, who leads SoftBank Group Corp., Sprint’s largest shareholder, is pursuing all options for industry consolidation as he continues to weigh a potential offer for Charter. SoftBank has been considering making a formal takeover bid for the cable company and combining it with Sprint, people familiar with the matter said earlier.

Speaking to investors on a conference call Monday, Son declined to comment on potential deals and didn’t give a specific timeframe. Son said it could be soon or it “could take a little while,” according to a Tweet by BTIG analyst Walt Piecyk, who was on the call.

Ultimately, this may hinge on a decision between SoftBank, which owns more than 83 percent of Sprint and T-Mobile’s parent company, Bonn, Germany-based Deutsche Telekom.

Sprint CEO Marcelo Claure and Son have “both built up anticipation for a deal in the near term. Let’s see if they can execute,” Piecyk said in an interview. “The challenge will be whether they will concede to DT’s price requirement.”

A Sprint sale to T-Mobile, which could be an all-stock transaction, probably wouldn’t be announced soon, according to one person familiar with the discussions. Each side would still need to conduct due diligence on the other, pushing an announcement to later this year, the person said.

Shares of SoftBank rose 2.4 percent in Tokyo, giving the company a market value of about $90 billion. Deutsche Telekom advanced 1.2 percent to 15.94 euros in Frankfurt. Sprint shares rose as much as 2 percent to $8.87 in New York Monday and were trading little changed as of 10:18 a.m. in New York.

Sprint has lost billions since SoftBank bought control in 2013, and the U.S. wireless company’s looming debt maturities put pressure on Son to find a partner. Sprint has argued publicly that a merger with T-Mobile makes sense because it would create a bigger wireless carrier to take on larger rivals AT&T and Verizon Communications. A surge in the value of Sprint’s wireless spectrum holdings has persuaded executives to consider other deals, too, people familiar with the matter said in April.

Executives from both Sprint, which has a market value of about $35 billion, and T-Mobile have lauded a potential merger of the two companies as offering substantial cost savings. The idea of the combination was shot down by regulators in 2014, but with a new administration in Washington preliminary discussions picked up earlier this year.

Sprint’s Claure said last week a decision on possible mergers is close at hand, potentially setting a new course for a company that has been slashing costs to stem mounting subscriber losses. Representatives for T-Mobile and Overland Park, Kansas-based Sprint declined to comment.

SoftBank is considering various options for Sprint and is nearing a decision on the future of the wireless carrier, Son said at a briefing in Tokyo on Monday after the Japanese company reported quarterly profit that beat analysts’ estimates.

SoftBank has lined up as much as $65 billion in financing as it separately considers a deal for Charter, which would bring Sprint together with the No. 2 U.S. cable company, people with knowledge of the matter said last week. A combination with Charter would allow Sprint, the fourth-largest U.S. wireless carrier, to offer a full suite of services to customers, from home broadband internet to phone plans.

Last week, Sprint reported a surprising loss last quarter of 39,000 customers, even as the company gave away a full year of unlimited data to new subscribers. The offer accounted for just 1 percent of new customers, the CEO said. Analysts had forecast an increase of 127,452. The shortfall comes after all three of Sprint’s larger rivals added users in the latest period, underscoring the challenges in the business and the pressure on SoftBank to find financial salvation through a merger.

“From SoftBank’s perspective, if they get the T-Mobile deal done, that’s probably enough for a while,” Dan Baker, an analyst at Morningstar Investment Management Asia Ltd. in Hong Kong, said by phone Monday. “The benefit is clearly that the competition reduces — they get a business that has enough scale to compete with other big players.”