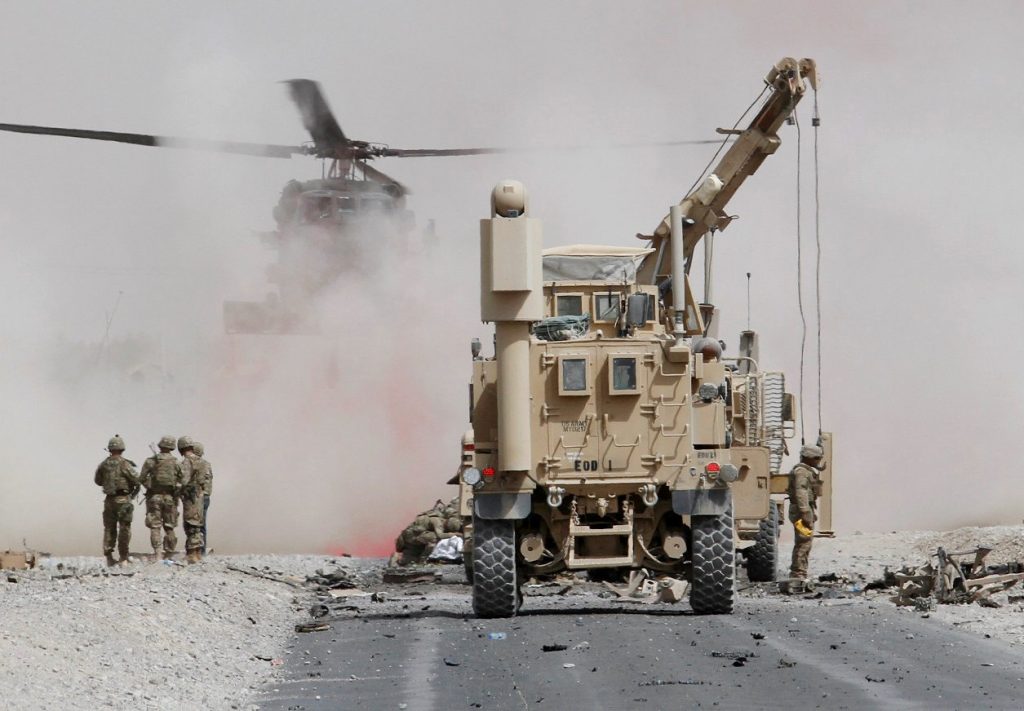 A NATO soldier was killed and six other personnel were wounded in Afghanistan on Thursday after a suicide bomber attacked their convoy in Kabul province, a coalition statement said.

The wounded were being treated at a U.S. military hospital at Bagram Airfield and were in stable condition, the statement said.

The incident occurred in Qarabagh district.

A U.S. official, speaking on the condition of anonymity, said the soldier killed was not American, but provided no further details.

A suicide bomb attack in Afghanistan on Wednesday killed two American troops as they were traveling in a convoy near the airport in the southern city of Kandahar, the U.S. military said, in a strike claimed by the Taliban insurgency.

The attack was seen as a reminder of the dangers posed to the 8,400 U.S. forces currently in Afghanistan as President Donald Trump weighs sending thousands more troops to fight America’s longest war.