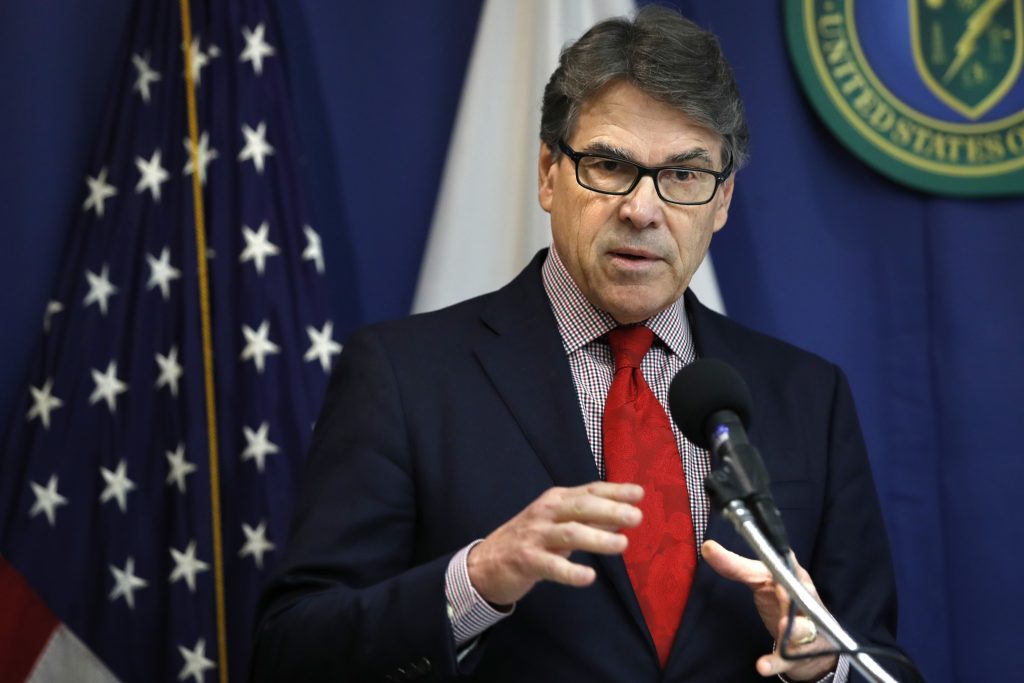 The Trump administration is considering Energy Secretary Rick Perry as one possible replacement for John Kelly at the Department of Homeland Security, according to three people familiar with the deliberations.

Kelly became White House chief of staff on Monday, and President Donald Trump has not made a decision about who should succeed him as Homeland Security secretary. White House officials are considering others for the position in addition to Perry, the people said. They asked not to be identified discussing a personnel matter.

“Secretary Perry is focused on the important mission of the Department of Energy. He’s honored to be mentioned, but he loves what’s he’s doing,” said Robert Haus, director of public affairs at the department.

Kelly, 67, is a retired Marine Corps general whose brief tenure at Homeland Security was marked by moves to strengthen immigration enforcement. Kelly also was supportive of the president’s high-profile promise to build a wall on the U.S.–Mexico border. Deputy DHS Secretary Elaine Duke has been serving as the acting leader of that department since Kelly moved to the White House.

Perry is familiar with border issues from his nearly 15 years as governor of Texas, but his views on immigration do not align precisely with Trump’s.

Perry’s 2012 presidential campaign foundered after he accused his Republican opponents of not having a “heart” about immigrants. Texas has a large Latino population, and Perry helped advance legislation that permitted undocumented children of immigrants pay in-state tuition for college.

But Perry also has supported reinforcing the U.S.–Mexico border, calling for the construction of traditional fencing where feasible and electronic barriers otherwise, supplemented by aerial monitoring.

Rep. Michael McCaul, a Texas Republican, was previously considered for the Homeland Security job before President Trump nominated Kelly and he’s favored as Kelly’s replacement by some administration officials.