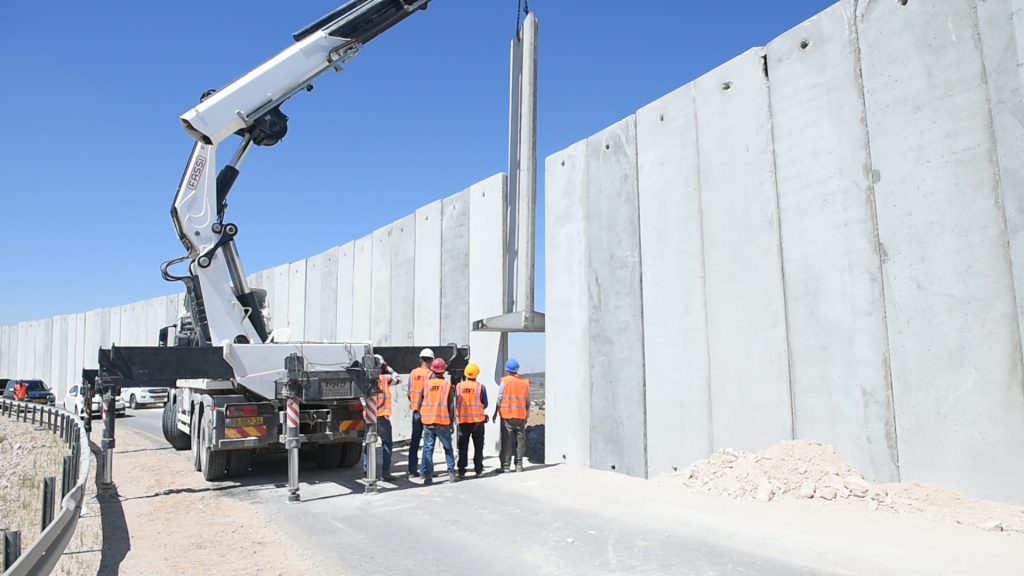 As the last five 20-foot-high concrete slabs were moved into place in the security barrier in the southern Chevron Hills on Wednesday morning, the Defense Ministry marked the completion of the 26 miles of wall to protect Jewish communities in the region.

The Border Authority and Engineering and Construction Division of the Defense Ministry marked a significant milestone, filling in the last section of the barrier set up in recent months between the Tarqumiya Crossing and the community of Meitar.

A crane was stationed in the morning in front of the barrier’s last gap, about 30 feet wide, and, one after the other, it proceeded to lift the huge slabs into the gap until the barrier was completed.

The work, which was authorized in order to prevent the infiltration by terrorists and illegals migrants, was headed by Brigadier General Eran Ophir of the Border Authority in the Defense Ministry.

Additional protective measures are to be installed.