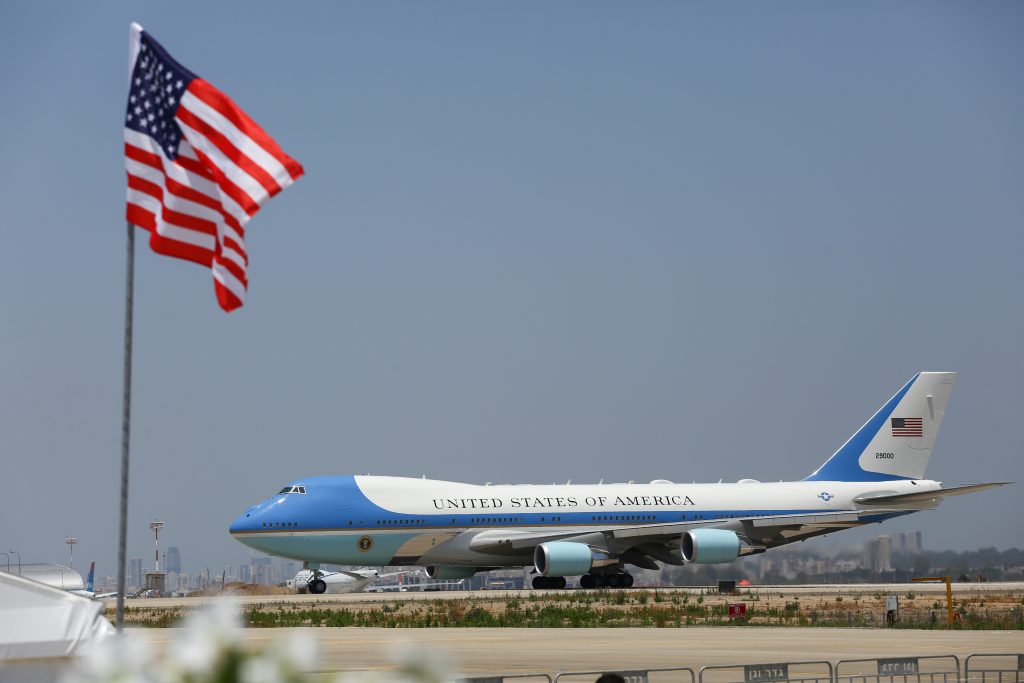 The Air Force, which has been looking for ways to lower the cost of new planes for Air Force One, is talking to Boeing about buying two jumbo jets that were ordered but never delivered to a now-defunct Russian airline.

The Air Force and Boeing confirmed Tuesday that they are working on a deal involving Boeing 747s but declined to disclose further details.

Two people close to the matter said that the discussions are centered on planes that were ordered by a Russian carrier. They spoke anonymously because the deal is not final and has not been publicly announced.

President Donald Trump has complained about the high cost of new presidential planes, even threatening at one point to cancel the order.

The current list price for the Boeing 747-8 is $386.8 million, according to Boeing’s website. It was not clear whether that price would apply to planes that are already built and sitting in Boeing’s inventory. Also, buyers including airlines often get discounts for commercial planes. Additional modifications would greatly increase the final price tag.

The Air Force is eyeing two Boeing 747-8 aircraft that were ordered by Russian carrier Transaero but never delivered because the airline filed for bankruptcy protection in 2015, according to the people familiar with the matter. The planes were flown in February from Seattle, near the Boeing assembly plant, to a facility in Victorville, California, according to tracking service FlightAware.

Aircraft makers like Boeing and Airbus routinely try to resell planes that are ordered but never delivered.

“The Air Force is working through the final stages of coordination to purchase two commercial 747-8 aircraft, and we expect to award a contract soon,” Air Force spokeswoman Ann Stefanek said.

Boeing issued a similar statement, adding that it is working to get “the best deal for the Air Force and the best price for the taxpayer.”

Discussions around the planes were previously reported by Defense One, which covers defense and national-security news.

Chicago-based Boeing Co.’s stock fell in December when then-President-elect Trump complained on Twitter about the cost of new Air Force One planes. “Costs are out of control, more than $4 billion. Cancel order!” he tweeted.

A month later, Boeing CEO Dennis Muilenburg met with Trump and declared they had made “great progress” in discussions about holding down the program’s cost. That led to talks between the company and the Pentagon that are still continuing.

The Pentagon awarded Boeing a contract for preliminary engineering and design work. If they conclude a purchase contract, that would be followed by another contract covering modifications to turn commercial airliners into Air Force One, which is a flying fortress with sophisticated communications equipment.

The new planes would go into service around 2024.