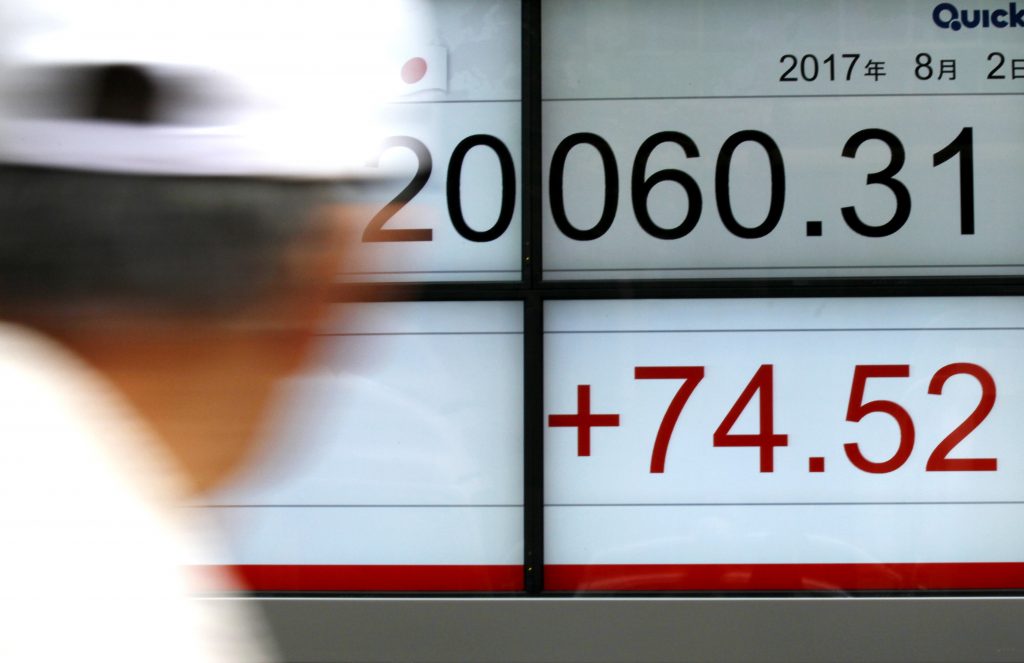 Analysts said robust Chinese factory output reported earlier this week continued to embolden investors as they awaited more data releases. On Tuesday, Caixin/Markit factory purchasing managers’ index, a private Chinese manufacturing survey, showed activity expanded last month to its highest level in four months. Overnight in the U.S., the Institute for Supply Management reports showed output by U.S. factories expanded again last month, though at a slower pace than in June. Later Wednesday, U.S. payroll processor ADP will give its employment updates for July. But the biggest highlight will be the U.S. jobs report due Friday.

“Despite the blemish from softer crude prices, markets in the Asian region are poised for further up moves in the morning,” said Jingyi Pan, a market strategist at IG in Singapore. “Early movers in the region, with the exception of the Australian market, continued to bask in the glow of the positive Caixin PMI data from Tuesday and could continue this trend midweek.”