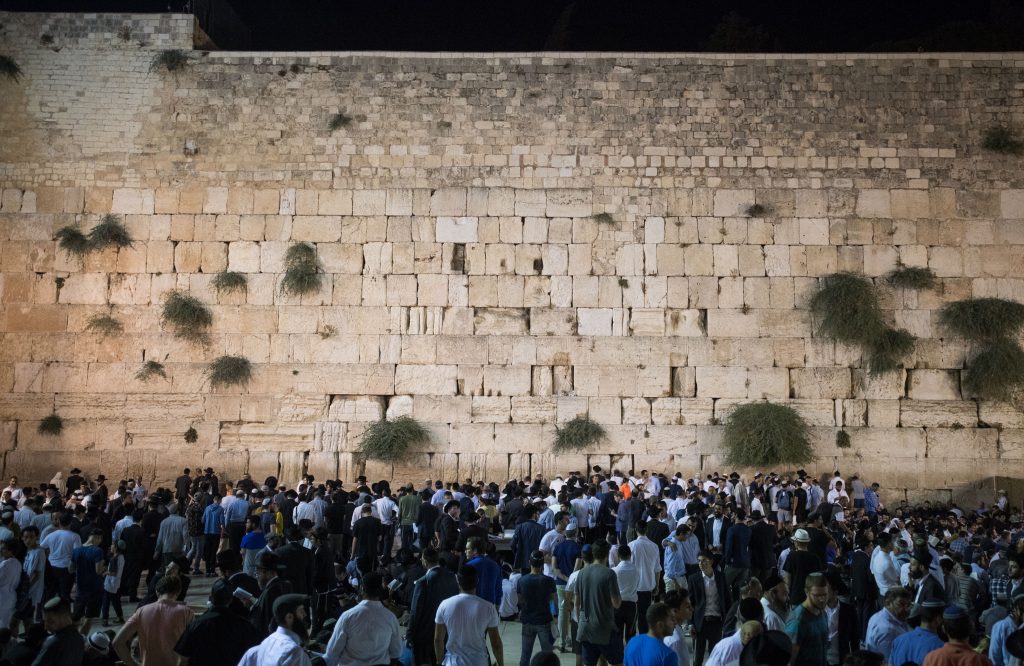 Tens of thousands of Jews read Eicha and cried over churban Habayis at the Kosel, and at other sites in Yerushalayim to mark Tishah B’Av. Police said that the day passed “relatively quietly,” with just one significant security incident reported – a verbal exchange and near-fight between a group of Jews and Muslims outside one of the entrances to Har Habayis. Police arrested several Arabs and Jews, and broke up the crowd. In addition, police arrested two Arabs who threw firebombs at a police station in an Arab neighborhood of the city – in full view of police. Officers rushed out of the station and nabbed the Arabs, who are to be indicted on charges of terrorism, police said.

A march around the walls of the Old City on Monday night went peacefully as well. Police issued a permit for the annual event at the last minute, and thousands of people took the annual event on the ramparts of the walls. No security incidents were reported. Meanwhile, on Tishah B’Av itself, Magen David Adom reported treating 168 people for various medical issues. Most of those treated were suffering from dehydration, exhaustion, and weakness.

Overnight Monday, security officials said they arrested 1o wanted security suspects in other areas in Yehudah and Shomron. The suspects were wanted for participating in rioting and throwing stones and firebombs that endangered Israeli civilians and IDF soldiers. Several of the suspects were also charged with belonging to Hamas. All were being questioned on their activities by security forces.

Police over the past two weeks arrested 94 Arabs on charges of illegal possession or trading in weapons. Files have already been filed against ten, and the rest will be indicted in the coming days. Dozens of handguns, rifles, machine guns, grenades and thousands of rounds of ammunition, as well as a large amount of illegal fireworks – “mined” by criminals for the gunpowder – were seized as well. Police said in a statement that they were investing a great deal of effort and work in breaking up the trade in illegal arms, which is used to fuel criminal activities and terrorist attacks.