Israel Israel’s Chareidim Are Getting Their First Startup Fund
Israel 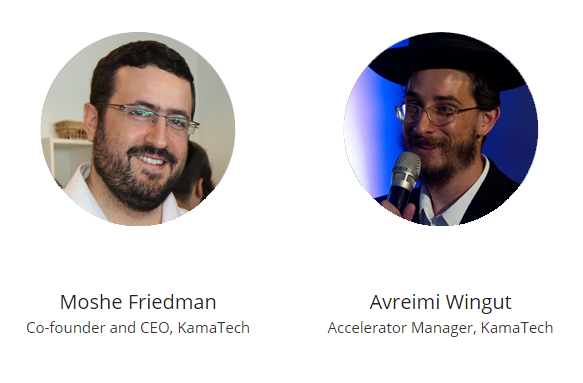 The first investment fund for Israel’s chareidi startup community is about to close, offering a new springboard for religiously devout entrepreneurs whose centuries-old garb and insular ways haven’t made them a natural fit for the tech scene. With a target of $5 million, the 12Angels fund is meant to encourage the slow but steady inroads the chareidi community is making into an industry dominated by veterans of elite Israeli military units. Its first investment, of $150,000, was supplemented by the head of Facebook Israel, the chief scientist’s office and another fund. The company, developing a cyber tool for websites, raised $1 million in total.

“We think our $5 million will bring $50 million and start to move this whole process forward,” said Moshe Friedman, the chareidi autodidact behind both the fund and KamaTech, a venture aimed at getting more members of his community into technology. He said he hopes to close the fund by Aug. 1.

Some of Israel’s top executives — including the country manager of Facebook Israel, Adi Soffer Teeni; Chemi Peres, managing general partner of Pitango Venture Capital, and Dov Moran, founder of M-Systems Flash Disk Pioneers Ltd. — have invested their own money in the fund. The government is also investing in chareidi entrepreneurs, eager to keep Israel a global tech hub that now produces about a third of the country’s economic output.

The road from religious texts to computer coding has been a rocky one for the chareidim, who now account for about a tenth of Israel’s 8.7 million people. The community largely shuns military service — the crucible for much of Israel’s technology — and its schools spurn English and math in favor of religious studies. Once out of school, men — known for the beards, black suits and dark fedoras— generally spend their days studying ancient texts. Their frequently low-paid wives and government handouts provide for their families, which are among Israel’s poorest.

But high poverty rates have made government efforts to bring chareidi men into the workforce more successful in recent years. That’s good news for the economy, because the community is expected to make up 20 percent of Israel’s population by 2040, according to the Central Bureau of Statistics.

Those chareidi men who do teach themselves to code and want to break into the industry often come up against a formidable wall of stereotypes. Friedman aims to change that with his program of chareidi accelerators, backed by the U.S. government and private money, that has helped to build up his database of chareidi entrepreneurs to 1,100 names, from five less than four years ago.

“The venture capital funds weren’t interested” in chareidi startups, he said, “and it was really important to bring capital that would also help them go forward and gain expertise and experience. They need smart money.”

Yisrael Gurt, a chareidi who has always worked, is a longtime member of Google’s hacker Hall of Fame and has identified security breaches for Microsoft. His company, Reflectiz, is developing a platform to keep websites safe. He founded it with a secular Israeli and their first employee was a Druze. It’s the first company in the 12Angels portfolio.

“There is a very good selection of people supported by KamaTech and the pinnacle of their startups is an investment opportunity where we, as investors, need to get into the picture,” said Guy Horowitz, partner at Deutsche Telekom Capital. Without the community-specific fund, the chareidi startups were likely to have been overlooked, he said.

Friedman says chareidim used to be turned down when they would approach veterans of Israel’s tech industry for investment. They would say, “Chareidim are good at analyzing Rashi, not at technology,” he recalled. “There is no way you will succeed.”

Things have changed, and “I hope that our next fund will be for all the Israeli minorities,” he said.