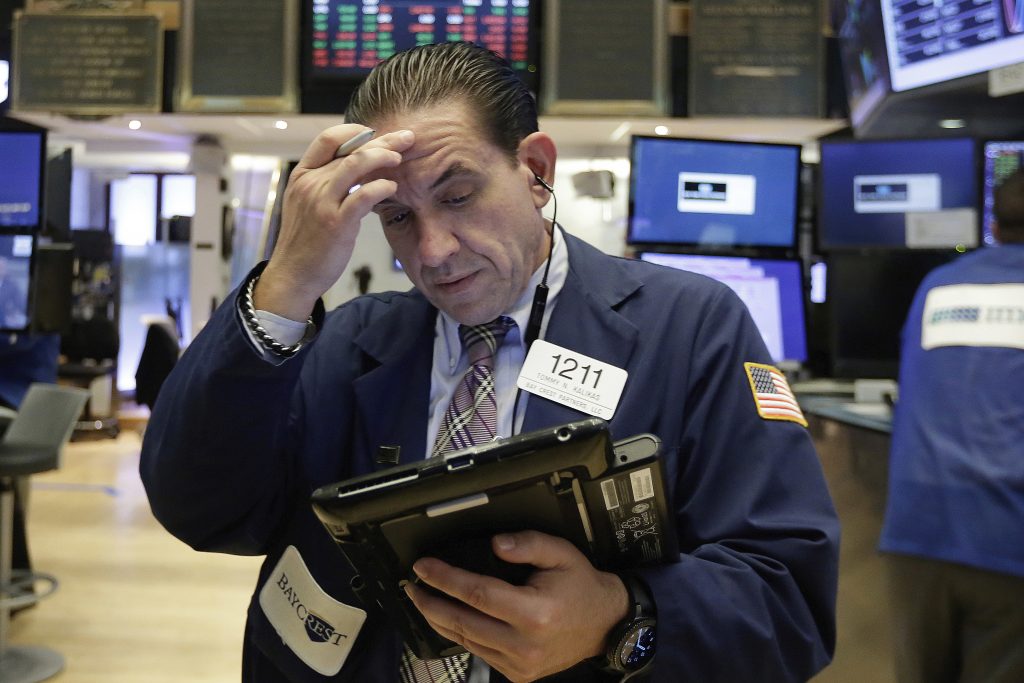 The S&P 500 and the Dow Jones Industrial Average were pulled lower by losses in Johnson & Johnson in early afternoon trading on Monday, while the Nasdaq hit a record high ahead of Google parent Alphabet’s earnings report.

Investors are also focusing on the earnings of tech heavyweights as a recent rally in their shares have led to concerns about stretched valuations.

However, tech continues to be the best performing S&P sector this year.

“This week is going to be critical to see the passing of the baton from the Fed being the primary driver of the market to corporate fundamentals,” said Matt Miskin, senior capital markets research analyst at John Hancock Investments.

Analysts have raised their expectations for S&P 500 earnings to 8.8 percent, compared with an 8 percent rise projected at the start of the month, according to Thomson Reuters I/B/E/S.

The market will also keep an eye on political developments in Washington, with rising doubts about President Donald Trump’s ability to legislate his pro-growth policies after the failure of the healthcare bill.

“For now, better earnings is giving the market the ability to navigate some of the uncertainty that is coming out of Washington. But going into next year, the market is likely to become more concerned if policies do not finally come through,” Miskin said.

Also weighing on sentiment was a larger-than-expected fall in home resales volumes for June.

Nine of the 11 major S&P 500 sectors were lower, with the defensive sectors — including utilities, telecommunications and consumer discretionary — leading the decliners.

Halliburton was down 3.8 percent after the oilfield services provider warned about flattening growth in North American rig count.

Cal-Maine Foods fell 6.5 percent, while Hasbro was down 10.4 percent after reporting quarterly results.

Hibbett Sports slumped 30 percent after the sporting goods retailer sent out a second-quarter sales warnings. The stock weighed on other sports retailers such as Dick’s Sporting, Foot Locker and Finish Line.

Amazon and Facebook are due to report results later this week.