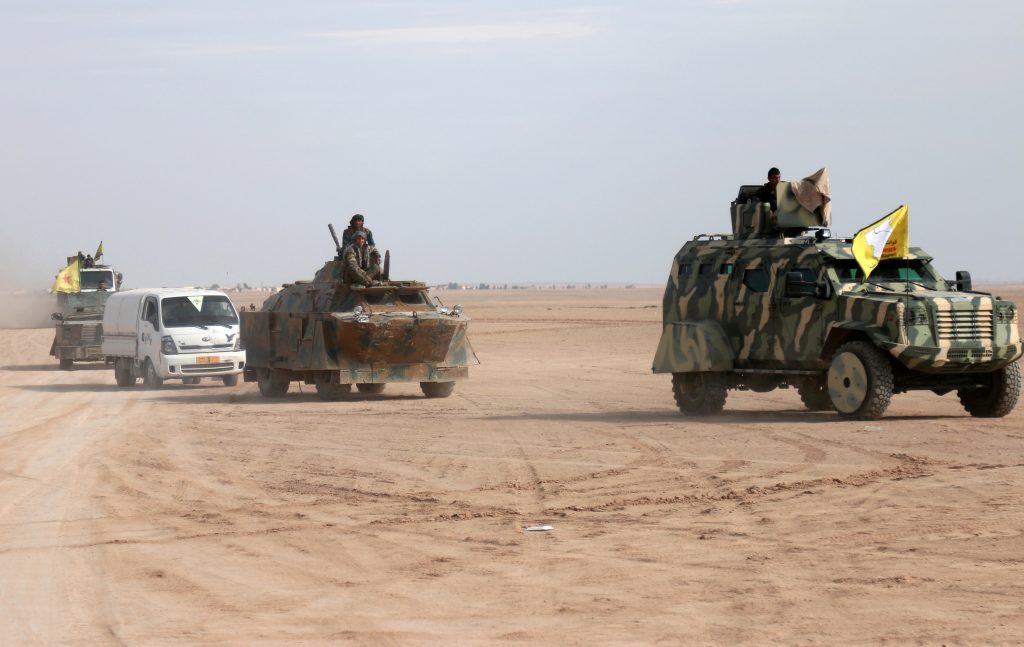 Syrian government forces and their allies have recaptured territory from Islamic State in countryside southeast of its stronghold Raqqa after air strikes in the area, a pro-Damascus military media unit and war monitors reported.

The advances towards the provincial boundary between Raqqa and Deir al-Zor took place late on Saturday, the media unit, run by Damascus ally Lebanese Hezbollah, and the British-based Syrian Observatory for Human Rights said.

The army seized an oil field in the Sabkha area as part of the advance.

It was a rare advance for Damascus’s forces in that area, which is close to territory controlled by the U.S.-backed Syrian Democratic Forces (SDF), a Kurdish-dominated alliance separately fighting Islamic State. It also brings government forces closer to Deir al-Zor province, another Islamic State stronghold.

The Syrian army has active front lines with Islamic State in western Raqqa province and has made recent gains there.

Incidents between the Syrian military and SDF last month raised tension between Washington and Damascus and its ally Moscow.

Separately in the north of Syria, one of the country’s most complicated battlegrounds, Turkish-backed Syrian rebels are fighting U.S.-backed Kurdish forces over control of some areas along the border, in clashes that threaten to distract from the fight against Islamic State.

The Kurdish YPG militia, which forms the largest part of the SDF, controls much of northeastern Syria after capturing vast tracts of land from Islamic State.