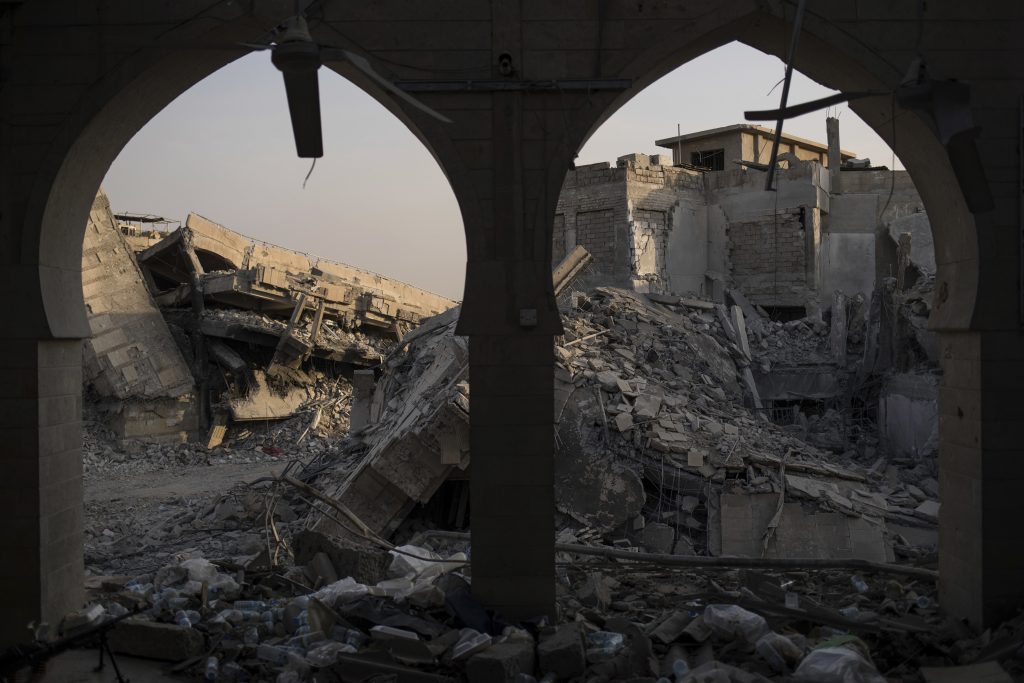 Iraqi forces on Thursday regained control over Imam Gharbi, a village south of Mosul, from Islamic State terrorists who had seized it as their defense of their stronghold in the city as it crumbled, Iraqi police said.

The action formed part of the next phase of the U.S.-backed government’s campaign to drive Islamic State from Iraq and dismantle their self-proclaimed caliphate.

Police Colonel Kareem Aboud said government forces took full control of Imam Gharbi at dawn. They discovered the bodies of two Iraqi journalists who were killed there shortly after the terrorists attacked, he said.

Troops were now searching the village for remaining terrorists.

Prime Minister Haider al-Abadi declared victory over Islamic State in Mosul on July 10 after a nine-month battle, marking the biggest defeat for the hard-line Sunni Muslim group since its lightning sweep through northern Iraq three years ago.

But the terrorists seized most of Imam Gharbi, on the western bank of the Tigris River about 45 miles south of Mosul, in the kind of strike they are now expected to make as Iraqi forces regain control over cities the group captured during its 2014 offensive.

Stripped of Mosul, Islamic State’s dominion in Iraq will be reduced to mainly rural, desert areas west and south of the city.

Islamic State also faces pressure in its operational base in the Syrian city of Raqqa, where U.S.-backed Syrian Kurdish and Arab forces have seized territory on three sides of the city.