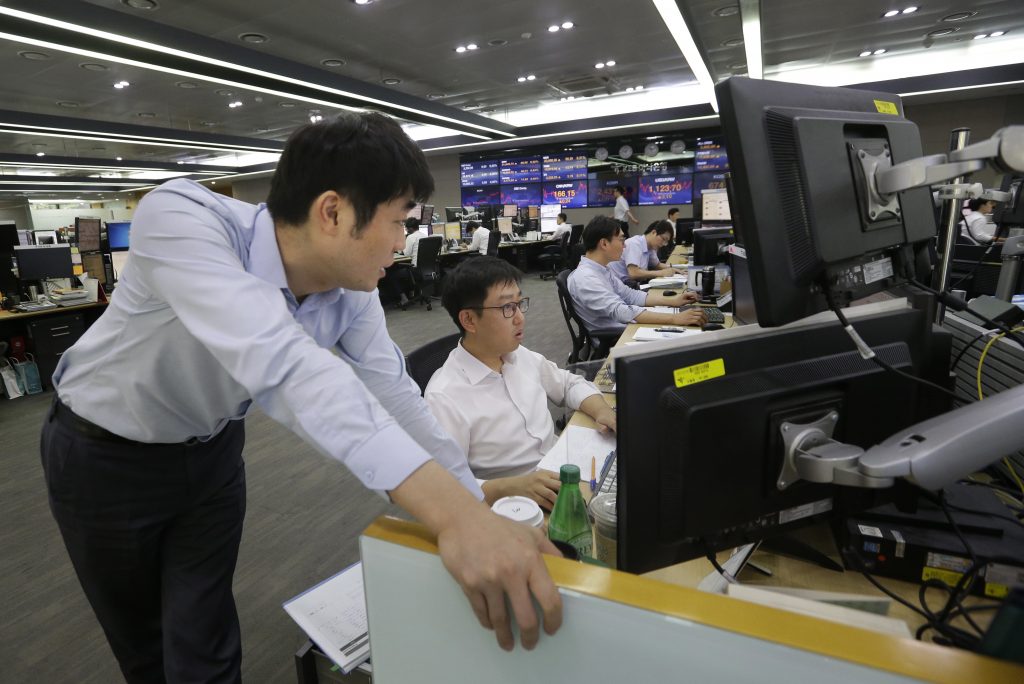 Japan’s central bank opted to keep its lavish monetary stimulus intact while downgrading its outlook for inflation. The Bank of Japan’s policy meeting ended Thursday with no change to its injections of trillions of yen (hundreds of billions of dollars) into the economy each year through government bond purchases. Analysts also expect the European Central Bank to keep its policy rate unchanged later in the day and give more hints on the euro-zone’s inflation outlook.

“While the Bank of Japan turned more upbeat on the economy, renewed reductions in the Board’s inflation forecasts underline that policy tightening is a long way off,” Marcel Thieliant of Capital Economics said in a commentary.

Upbeat economic growth and forecasts for China and the rest of the region, followed by news that Japan’s exports rose nearly 10 percent in June from a year earlier, also brightened sentiment. A recovery in demand from China is helping sustain growth across the region.

Benchmark U.S. crude lost 3 cents to $47.29 per barrel in electronic trading on New York Mercantile Exchange. The contract finished at $47.12 a barrel on Wednesday, up 72 cents, or 1.6 percent. Brent crude, the standard for international oil prices, dipped 5 cents to $49.65 per barrel in London. It gained 86 cents, or 1.7 percent, to close at $49.70 per barrel in the previous session.