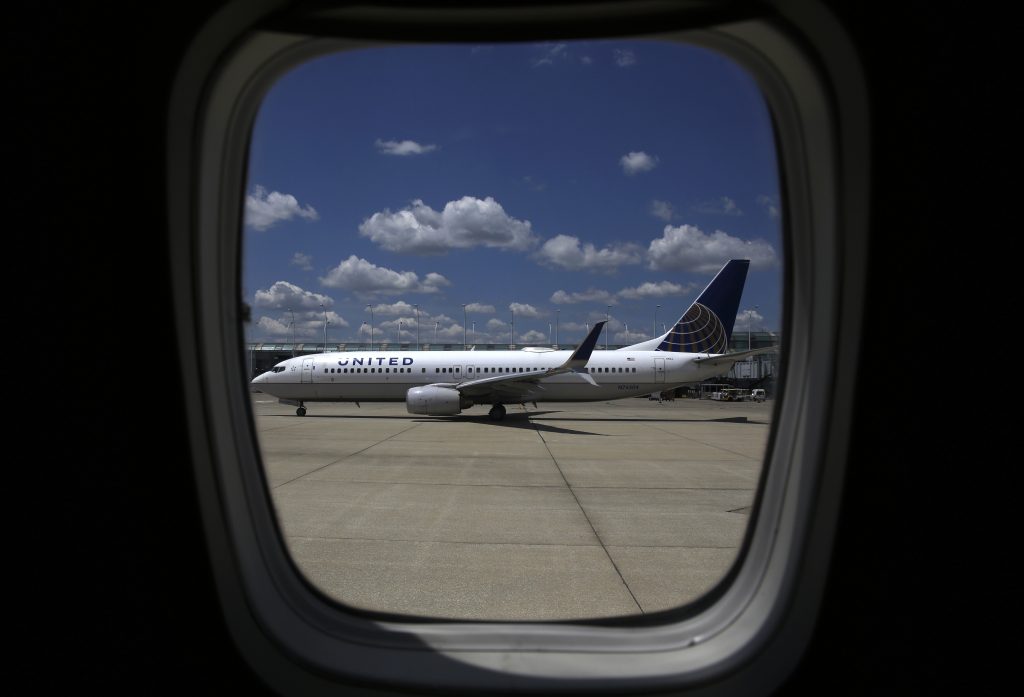 Shares of United Airlines’ parent tumbled Wednesday on the company’s weak forecast about revenue trends for the rest of the summer.

United said that a revenue measure that often mirrors average fares would be flat in the third quarter after rising 2.1 percent from April through June. Rival Delta Air Lines gave a much more bullish prediction last week.

On a conference call Wednesday, United executives blamed other factors including rising competition in key markets such as China.

It was United’s first report since the widely seen video from April in which a passenger was dragged off an overbooked flight. This publicity led United to make changes, including raising the amounts that employees can offer passengers to give up their seats.

Executives said United will test technology that lets the airline offer customers on full flights a travel voucher to give up their seat, which United would try to resell at a higher price. In the test, United will send out offers several days before the flight rather than waiting until passengers are at the gate or even — as in the April incident — seated on the plane.

Andrew Nocella, United’s chief commercial officer, said the airline would start testing the idea with about 50 customers in the next few weeks.

“We think it’s a great idea, and if it works and our customers appreciate it, a lot more to come,” he said.