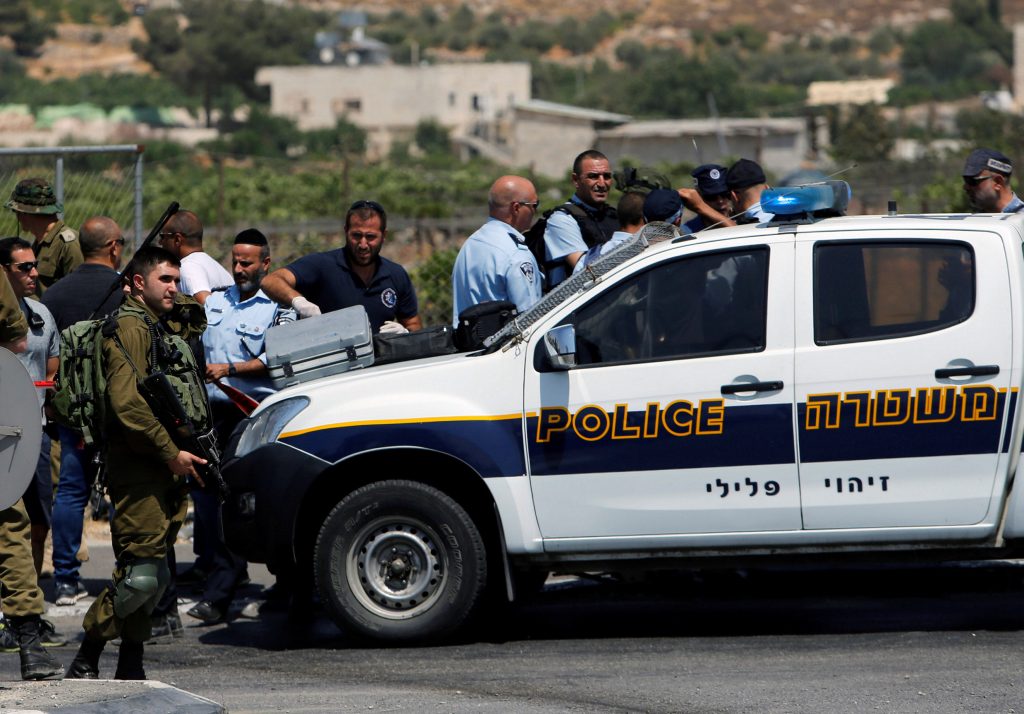 Two IDF soldiers were lightly wounded Tuesday afternoon in a car-ramming attack near Kiryat Arba, outside Chevron. According to an IDF statement, an Arab terrorist drove up to an IDF checkpoint and suddenly accelerated, hitting the soldiers. Other soldiers immediately opened fire and killed the terrorist.

The incident occurred near Kiryat Arba, on Road 60 adjacent to the village of Beit Anoun. The soldiers hurt in the attack were treated at the site and then taken for further treatment at Shaare Tzedek hospital in Yerushalayim. The terrorist was a 29-year-old Chevron resident. Officials said that the site where the car-ramming took place had seen previous terror attacks as well.

Earlier Tuesday, Arab terrorists threw a firebomb at an Israeli vehicle in the same area. The firebomb was thrown at a vehicle driving along Road 60, north of Efrat. No one was hurt, and no damage was reported in the incident. IDF soldiers were searching for the culprits, the army said in a statement.