Royal Bank of Scotland in $5.5B Settlement Over U.S. Mortgages 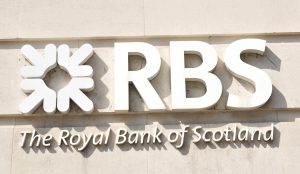 Royal Bank of Scotland said Wednesday it has reached a $5.5 billion settlement in the United States over the mis-selling of mortgage-backed securities before the financial crisis — a key milestone in the institution’s efforts to put its past sins behind it.

The deal with the Federal Housing Finance Agency — the conservator of Fannie Mae and Freddie Mac — resolves claims regarding the issuance and underwriting of approximately $32 billion (25 billion pounds) of residential mortgage-backed securities. The bank must still resolve outstanding civil and criminal claims with the Department of Justice.

RBS CEO Ross McEwan characterized the settlement as a “stark reminder” of the heavy price the British taxpayer and the bank itself paid for the global ambitions of the institution under disgraced former boss Fred Goodwin.

“It’s never a great experience for a CEO to effectively be writing such a large check — 4.2 billion pounds,” McEwan said on a conference call with reporters. Nonetheless, he said that the bank was “nearly through” with issues that have dogged efforts to return to profit.

McEwan has been at pains in recent months to insist RBS has put its legacy issues behind it. The bank was bailed out at the height of the financial crisis and is still owned by the British taxpayer.

The settlement follows a deal last month with thousands of investors who sued amid allegations they were misled into buying shares in the Edinburgh-based bank in a 12 billion pound cash-call. The bank’s shares collapsed soon after it was bailed out by the government.

Under the settlement Wednesday, RBS will pay $5.5 billion, but be reimbursed for $754 million under indemnification agreements with third parties. The cost is largely covered by money it had already set aside in anticipation of a settlement.

RBS had already put $8.3 billion to cover U.S. mis-selling claims, from which the Wednesday settlement will be deducted. It may need to take further provision for the civil and criminal claims by the U.S. justice officials.

Joseph Dickerson, an analyst at Jefferies, predicted RBS will need to set aside another $2.5 billion for the Department of Justice deal in the fourth quarter.