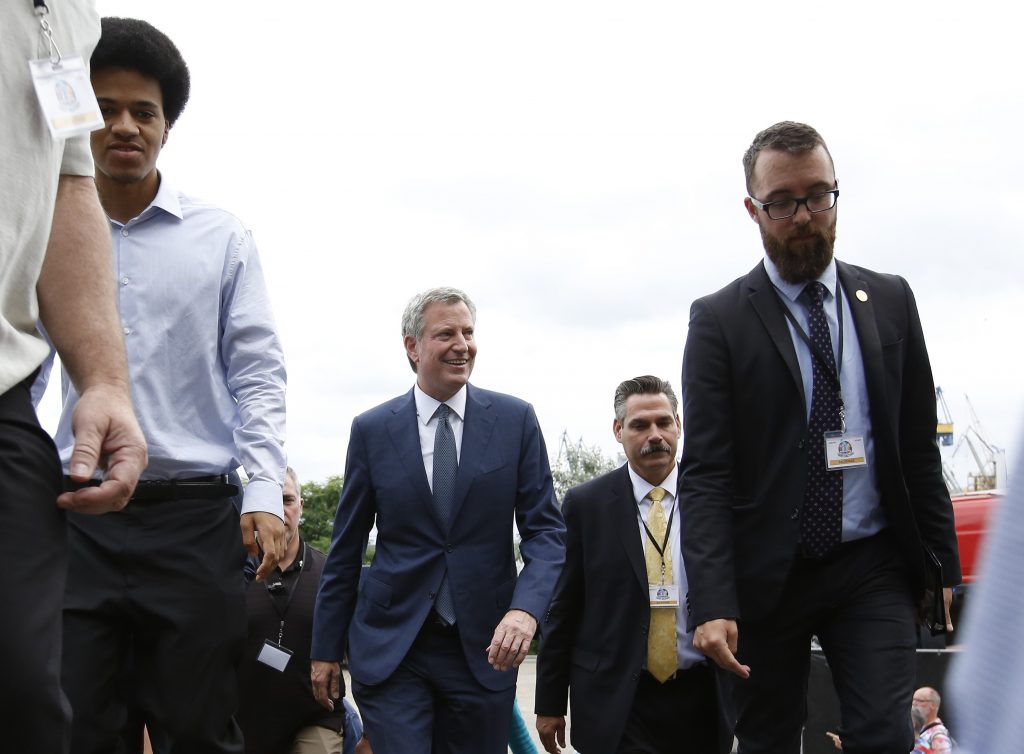 Outrage is pouring in over Mayor Bill de Blasio’s abrupt departure to Germany Thursday night to participate in an anti-Trump protest in Germany, where President Donald Trump was at the Group of 20 summit.

De Blasio was the keynote speaker at a Saturday rally called “Hamburg Shows Attitude,” which centered on bashing the president and capitalism. De Blasio’s office announced his departure in a brief news release sent just hours before the mayor’s flight, as opposed to traditional practice.

“You’ve chosen to leave while the city is mourning. I just don’t understand what he’s thinking,” said Ed Mullins, president of the Sergeants Benevolent Association. “From a common sense standpoint, why are you not in Germany? Why am I not in Germany? Because we don’t have business in Germany. The question is what is the business of the mayor in Germany? To discuss what?”

“NYC mayor goes to G20 to protest against capitalism while the City’s education, infrastructure etc rots under his ‘progressive’ stewardship!”

De Blasio’s spokesman Eric Phillips said on Twitter that de Blasio made the decision as soon as he was sure the trip would not prevent him from attending Familia’s funeral Tuesday. De Blasio returned Sunday.

“All the issues that need to be attended to I’m attending to every day regardless of where I am,” de Blasio said, speaking from Hamburg’s city hall.

De Blasio told WNYC that local and state officials in Hamburg invited him about 10 or 12 days ago to talk about issues such as climate change and immigration.

“They invited me as a colleague. They wanted to, I think, represent the fact that there are a variety of views in the United States … particularly on climate change,” de Blasio said. “…It was incumbent upon me as the leader of the biggest city in the county to set a tone and say we’re not going to be intimidated by President Trump.”

Organizers of the rally where de Blasio will be speaking said the mayor was invited because of his political views that contradict Mr. Trump’s nationalist policies.

“Bill de Blasio is the mayor of a city that stands like no other on our planet for liberty, internationality and the coexistence of different cultures — with all the challenges involved,” Hamburg Shows Attitude said on its website.

Bill Hyers, the mayor’s communications guru during his 2013 run, said that protesting is de Blasio’s “core.”