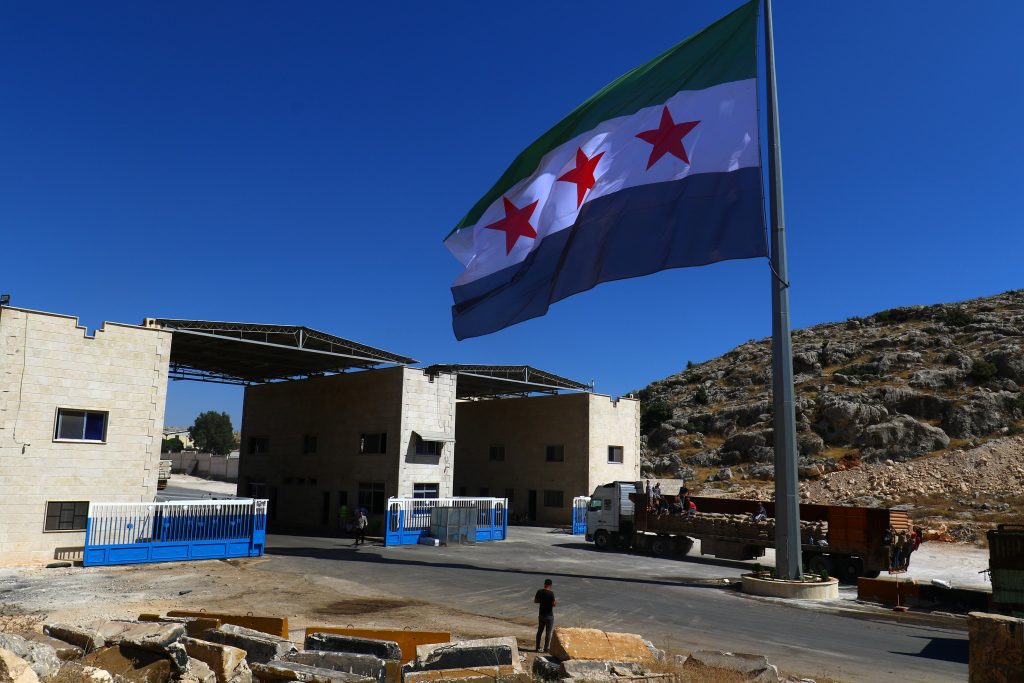 An open-ended ceasefire in southern Syria brokered by the United States, Russia and Jordan came into effect on Sunday at noon.

The agreement, announced Thursday after a meeting between President Donald Trump and Russian President Vladimir Putin, is the first initiative by the Trump administration in collaboration with Russia to bring some stability to war-torn Syria.

It followed weeks of secretive talks in the Jordanian capital, Amman, to address the buildup of Iranian-backed forces, in support of the Syrian government, near the Jordanian and Israeli borders.

The three brokering nations did not specify mechanisms to monitor or enforce the truce.

A resident and local opposition activist in Daraa, near the Jordanian border, reported calm in the opening minutes of the truce.

“There’s still a lot of anxiety,” said Ahmad al-Masalmeh. “We’ve entered the ceasefire but there are no mechanisms to enforce it. That’s what concerns people.”

Six years of fighting and siege have devastated Daraa, one of the first cities to see large protests against President Bashar Assad in 2011.

It remains contested by U.S.-backed rebels and Syrian government forces supported by Russia and Iran. Large swaths of the city have been reduced to rubble by government artillery and Russian air power.

The government maintains it is fighting against terrorist groups. The al-Qaida-linked Levant Liberation Committee is one of the most potent factions fighting alongside rebels in Daraa.

Prime Minister Binyamin Netanyahu said Sunday that Israel would welcome a “genuine ceasefire” in southern Syria as long as it doesn’t enable Iran and its proxies to develop a military presence along the border.

Israel has repeatedly said it will not allow Iran, which is a close ally of the Syrian government, to set up a permanent presence in Syria. It has carried out a number of airstrikes in Syria against suspected shipments of “game-changing” weapons bound for Hezbollah in Lebanon.

PM Netanyahu says he conveyed his country’s concerns once again last week to both Putin and U.S. Secretary of State Rex Tillerson. Netanyahu says both said they understand Israel’s position and took it into account.

The truce covers the Quneitra, Daraa and Sweida provinces, where the government and the rebels are also fighting Islamic State terrorists, who are not included in the truce.

No ceasefire has lasted long in the six-year-old Syrian war.