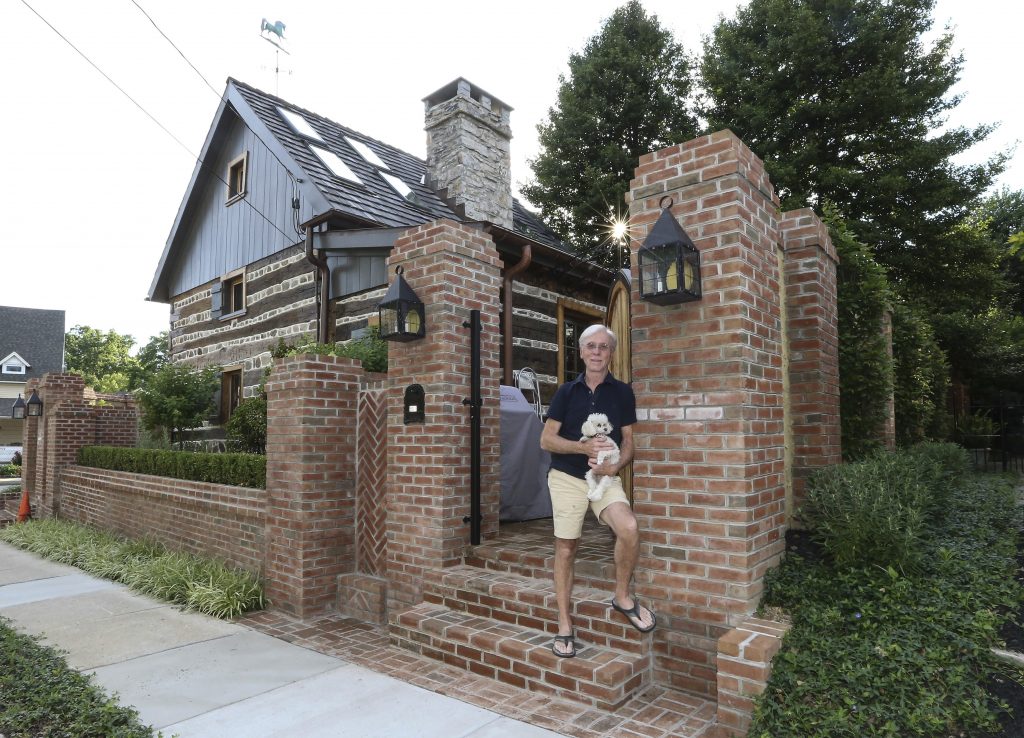 A man who bought a tiny dilapidated house next to his childhood home learned during renovations that the eyesore was actually a 300-year-old log cabin, making it among the oldest surviving houses in Pennsylvania.

Jude Plum tells The Philadelphia Inquirer he bought the house in Bryn Mawr out of pre-foreclosure four years ago. After removing five layers of exterior, the 71-year-old uncovered a log home that was basically untouched since 1704.

Since then, he’s completely restored it, taking it apart and rebuilding it from scratch, even hand-hewing the logs with a 200-year-old broadax.

He worked with a builder who helped track down logs from another 18th-century cabin to replace those that had rotted.

Plum’s hope is to put the house on the National Register of Historic Places, saying it represents “the beginning of our country.”