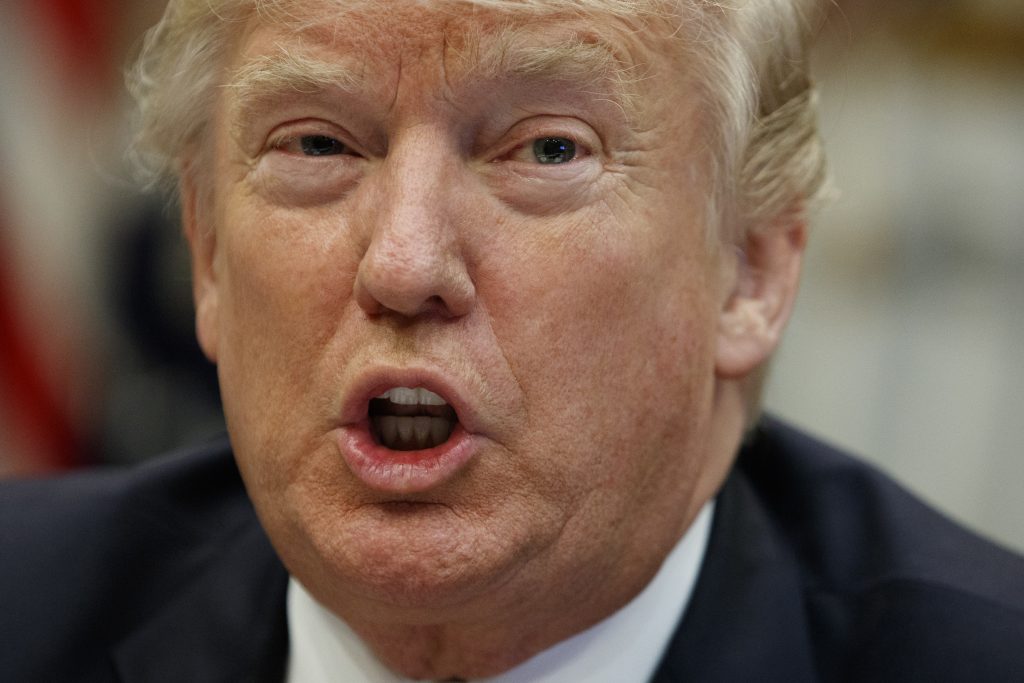 President Donald Trump urged Republican senators on Friday to repeal Obamacare immediately if they cannot agree on a new health-care plan to take its place.

Struggling to get consensus in the party, Republican leaders have set Friday as the goal for working out changes to Senate legislation that would repeal extensive parts of the 2010 Affordable Care Act, known as Obamacare,

Their efforts were complicated on Thursday by a Congressional Budget Office report that said the Senate proposal would cut spending on government Medicaid by 35 percent come 2036.

“If Republican Senators are unable to pass what they are working on now, they should immediately REPEAL, and then REPLACE at a later date!” Trump wrote in an early morning tweet.

Senator Ben Sasse of Nebraska, a Republican who has often clashed with Trump, welcomed the suggestion. Sasse said this week that he was not satisfied with the Senate health-care legislation.

“Sounds great, Pres. @realDonaldTrump,” Sasse wrote in a response on Twitter. “We are agreed. We need to break the logjam.”

Overturning Obamacare has been a goal of Republicans since the law came into effect, and has become a priority since January, when the party assumed control of the White House as well as both chambers of Congress. Trump pledged in his campaign to overturn a law that Republicans view as a costly government intrusion.

However, a simple repeal is unlikely to draw the support of Republican moderates who are needed to help pass a bill in the Senate.

A repeal was the Republicans’ original intent for Obamacare. But the prospect of not having an alternative in place raised worries that insurance markets would collapse and people not insured under Obamacare would be left with few or no options for coverage, hitting the poor especially hard.

The House of Representatives passed its version of a health-care bill last month, only after striking a balance between the center of the party and the right wing.

A bill produced by the Senate Republican leadership has exposed similar party divisions, with moderates concerned about the numbers of people who would lose their insurance and conservatives saying it should erase more of Obamacare.

A leading voice on the conservative flank, Rand Paul, has called for jettisoning more parts of Obamacare and supports splitting the bill into two, one for repeal and one for spending.

“You can repeal the taxes, you can repeal some of the regulations – I prefer all of them – and you can also do some Medicaid reform. That could be in a repeal bill, and it will be a much narrower and much cleaner repeal,” he told MSNBC on Thursday.

She told Fox News that the White House was confident that health-care reform can get done this summer, followed by tax reform.

The CBO report, requested by Senate Democrats, provides a longer-term look at how the Republican plan would affect Medicaid spending as Senate Majority Leader Mitch McConnell searches for a formula that most senators can get behind.

Republican discussions on Thursday were focused on two proposals. One, by moderates, would keep a 3.8-percent Obamacare tax on high earners’ investment income, instead of repealing it as Republicans have promised. Another, by conservative Senator Ted Cruz, would let insurers offer skimpier health-care plans if they also offer a plan choice that is compliant with Obamacare.