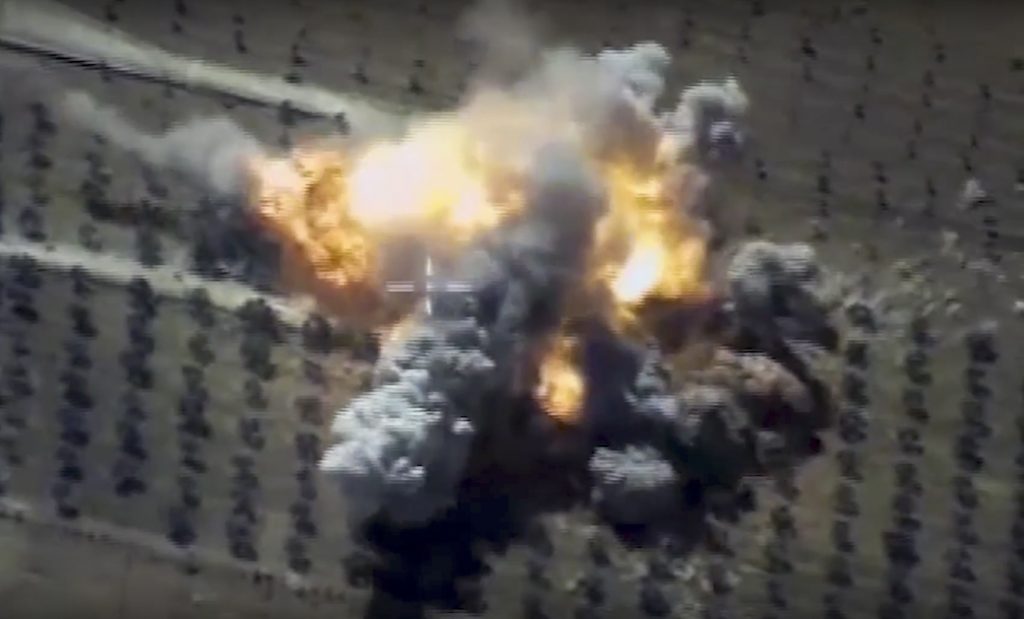 Syria has denied White House allegations that it may be preparing a new chemical attack, insisting again that it has never used such arms.

Ali Haidar, the minister for national reconciliation, told The Associated Press on Tuesday that the White House statement foreshadowed a “diplomatic battle” that would be waged against Syria in the halls of the U.N.

The White House issued a stern warning to Syrian President Bashar Assad on Monday night, saying it had “potential” evidence that Syria was preparing for another chemical weapons attack.

Press Secretary Sean Spicer said the U.S. had “identified potential preparations for another chemical weapons attack by the Assad regime that would likely result in the mass murder of civilians, including innocent children.”

He said the activities were similar to preparations taken before an April 2017 attack that killed dozens of men, women and children, and warned that if “Mr. Assad conducts another mass murder attack using chemical weapons, he and his military will pay a heavy price.”

A nongovernmental source with close ties to the White House said the administration had received intelligence that the Syrians were mixing precursor chemicals for a possible sarin gas attack in either the east or south of the country, where government troops and their proxies have faced recent setbacks.

In Moscow Tuesday, a senior Russian lawmaker dismissed the warning as “provocation.”

Assad had denied responsibility for the April 4 attack in the rebel-held Idlib province that killed dozens of people, and Russia, Assad’s key backer, sided with him. Days later, President Donald Trump launched a retaliatory cruise missile strike on a Syrian government-controlled air base.

Frants Klintsevich, first deputy chairman of the Defense and Security Committee in the upper chamber of the Russian parliament, on Tuesday accused the United States of “preparing a new attack on the positions of Syrian forces.”

In comments to state-owned RIA Novosti, he added: “Preparations for a new cynical and unprecedented provocation are underway.”

The U.S. strike was the first direct American assault on the Syrian government and Trump’s most dramatic military order since becoming president months before.

Trump said at the time that the Khan Sheikhoun attack crossed “many, many lines,” and called on “all civilized nations” to join the U.S. in seeking an end to the carnage in Syria.

The U.S. attack on a Syrian air base came after years of heated debate and deliberation in Washington over intervention in the bloody civil war. Chemical weapons have killed hundreds of people since the start of the conflict.

The U.S. is providing air support and arms to Kurdish-led Syrian forces who are fighting to drive the Islamic State group from Raqqa, the extremists’ self-styled capital.

Defense Secretary Jim Mattis said Tuesday that Washington would continue to provide weapons after the Raqqa battle is over. His comments were likely to anger Turkey, which views the Kurdish fighters as an extension of the insurgency raging in its southeast.

Nikki Haley, the U.S. Ambassador to the United Nations, followed up Spicer’s statement with a Twitter warning: “Any further attacks done to the people of Syria will be blamed on Assad, but also on Russia & Iran who support him killing his own people.”