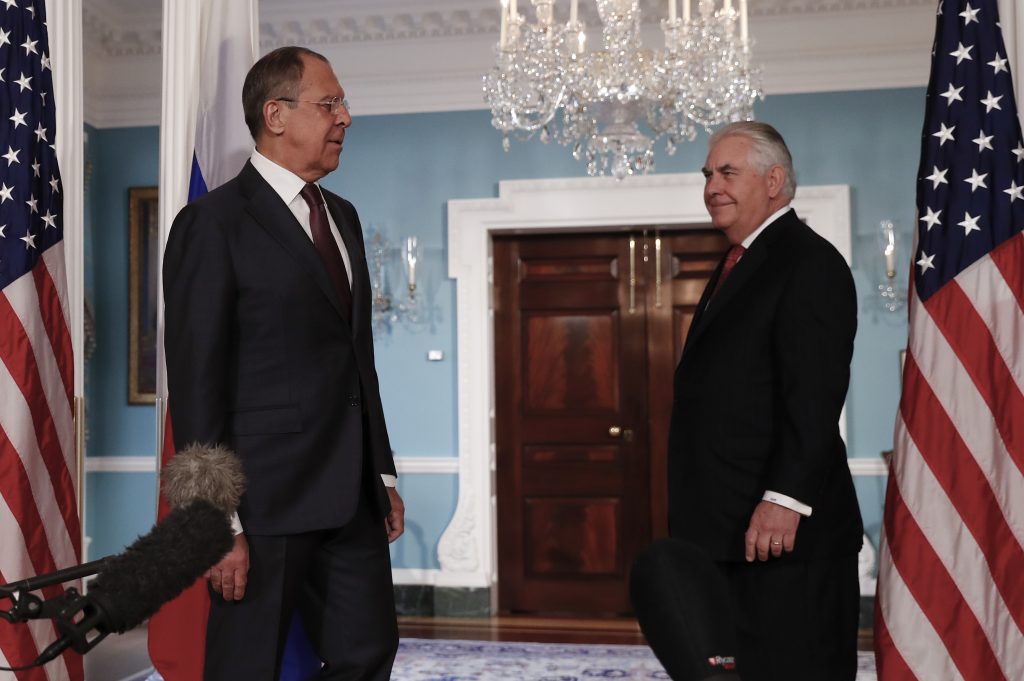 Russian Foreign Minister Sergei Lavrov and U.S. Secretary of State Rex Tillerson discussed by telephone Monday the need to cement the ceasefire regime in Syria, in particular on the basis of peace talks conducted in the Kazakh capital, Astana.

The Russian foreign ministry said in a statement that Lavrov had urged Tillerson to use his influence to prevent “provocations” against Syrian government forces in the conflict. Russia is a staunch ally of Syrian President Bashar al-Assad.

Lavrov and Tillerson agreed to continue contacts, including on their bilateral agenda, the statement said. Russian President Vladimir Putin and U.S. President Donald Trump have not yet met since Trump took office in January.