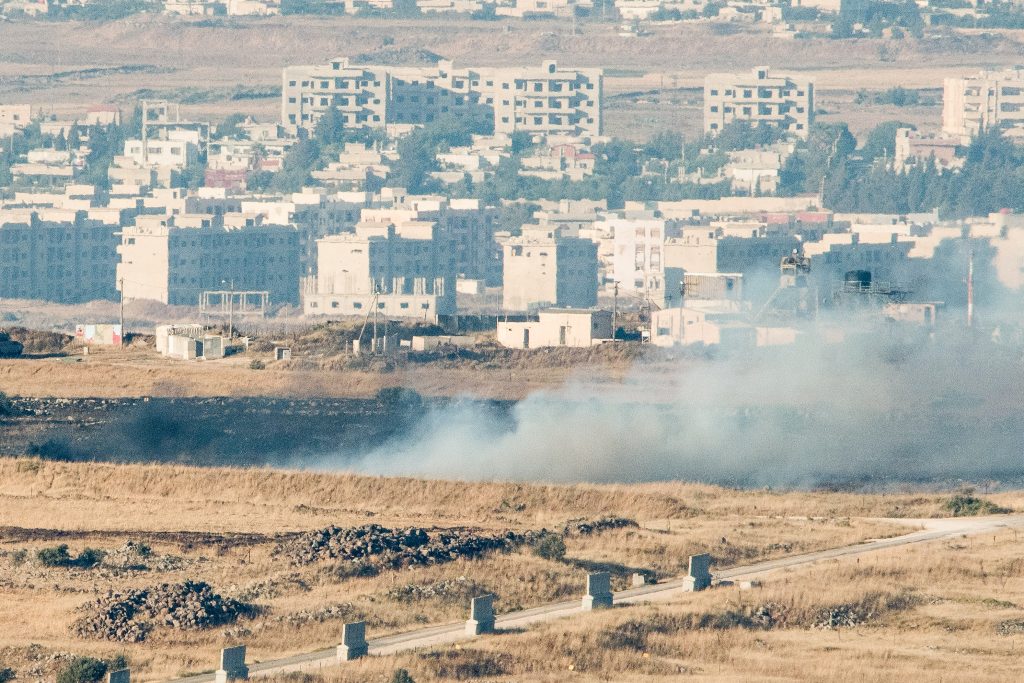 The IDF responded Motzoei Shabbos after ten mortar shells and rockets entered Israeli airspace from Syria and fell in open areas in the northern Golan Heights earlier in the day. The rocket fire was apparently from the crossfire between Syrian rebels on army units, who are fighting each other on the Syrian side of the Golan Heights. No damage or injuries were reported.

IDF aircraft hit several targets at Syrian army installations in the Golan, destroying buildings and tanks. Arab media reports said that at least two people were killed in the IDF strike. Israel also filed a complaint with the United Nations over the incident.

The Syrian rockets fell about 3 p.m. on Shabbos afternoon, setting off siren warnings urging residents of the villages in the northern Golan area – mostly populated by Druze – to take shelter. Farmers were told to take shelter and stay out of their fields while the army determined the background of the incident.

Defense Minister Avigdor Liberman said that Israel “would not ignore the violations of our sovereignty and the harm to our security from these Syrian rockets, even if they were misfires and meant for the rebel groups fighting in the civil war there. We respond with full force and determination to each and every one of these violations. We see the government of Bashar al-Assad as responsible for all these incidents, and we will hold him responsible for future threats that emerge from the area under his control.