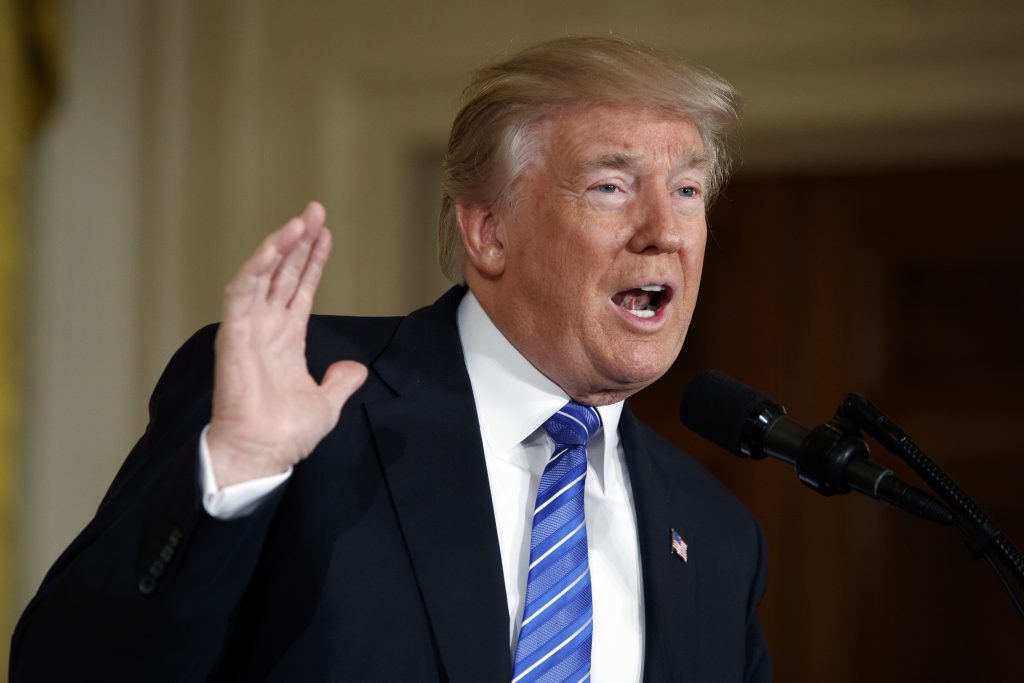 President Donald Trump suggested he was just trying to keep fired FBI Director James Comey honest with his cryptic tweet implying that there might be recordings of their private conversations.

Trump ended a month-long guessing game Thursday by tweeting that he never made and doesn’t have recordings of his private conversations with Comey. In an interview that aired Friday on Fox News, Trump said: “When he found out that I, you know, that there may be tapes out there, whether it’s governmental tapes or anything else, and who knows, I think his story may have changed.”

Asked if he was trying to keep Comey honest, Trump added: “It wasn’t very stupid, I can tell you that. He was — he did admit that what I said was right.”

The tapes saga began in May, just days after Trump fired Comey, who then was leading an investigation into Trump associates’ ties to Russian officials. Trump has disputed Comey’s version of a January dinner during which, according to Comey, the president asked for a pledge of loyalty.

Trump responded at that time, via Twitter, that Comey “better hope that there are no ‘tapes’ of our conversations before he starts leaking to the press!”

That initial Twitter missive triggered a series of consequences, each weightier than the last. Comey has suggested that the tweet prompted him to ask an associate to release damaging information to The New York Times. The resulting news reports built pressure on a top Justice Department official to appoint an independent prosecutor to oversee the Russia investigation. That special counsel, former FBI Director Robert Mueller, is now reportedly investigating Trump’s own actions in a probe that could dog his presidency for the foreseeable future.

The president in his Fox News interview seemed to try to undermine Mueller’s impartiality, saying he is “very, very good friends with Comey, which is bothersome.”

Trump also did not say exactly what he thought had changed about Comey’s story. The former FBI director has only offered his story publicly once, in testimony before the Senate intelligence committee, although his associates provided some details to the news media before that.

Comey testified that he had told the president multiple times that he was not personally under federal investigation, and said that the president implored him to make that public. Trump has seized on that statement as vindication, though the investigation continues, as do congressional inquiries.

Comey also testified that Trump asked him for “loyalty,” which Trump denies.

Trump’s declaration now that there are no recordings appears to settle a key dynamic in that investigation: It’s now the president’s word against Comey’s notes.

Without recordings, Comey’s version of his conversations with Trump — which he documented at the time, shared with close associates and testified about to Congress — will likely play a key role as prosecutors consider whether Trump inappropriately pressured the lawman to drop the investigation into former National Security Adviser Michael Flynn.

Trump adviser Kellyanne Conway muddied the waters a little Friday morning when she told CNN that, while Trump “answered definitively” he has made no tapes, “he left open the possibility that they may exist.”

Trump’s tweets, old and new, left many perplexed about whether there was motive or strategy behind the whole affair. The president appeared to enjoy ginning up mystery and spinning Washington reporters about the possibility there was a trove of surreptitiously recorded Oval Office conversations.

“I think he was in his way instinctively trying to rattle Comey,” former House Speaker Newt Gingrich, a longtime Trump confidant, said before the Thursday tweets. “He’s not a professional politician. He doesn’t come back and think about Nixon and Watergate. His instinct is: ‘I’ll out-bluff you.’ “