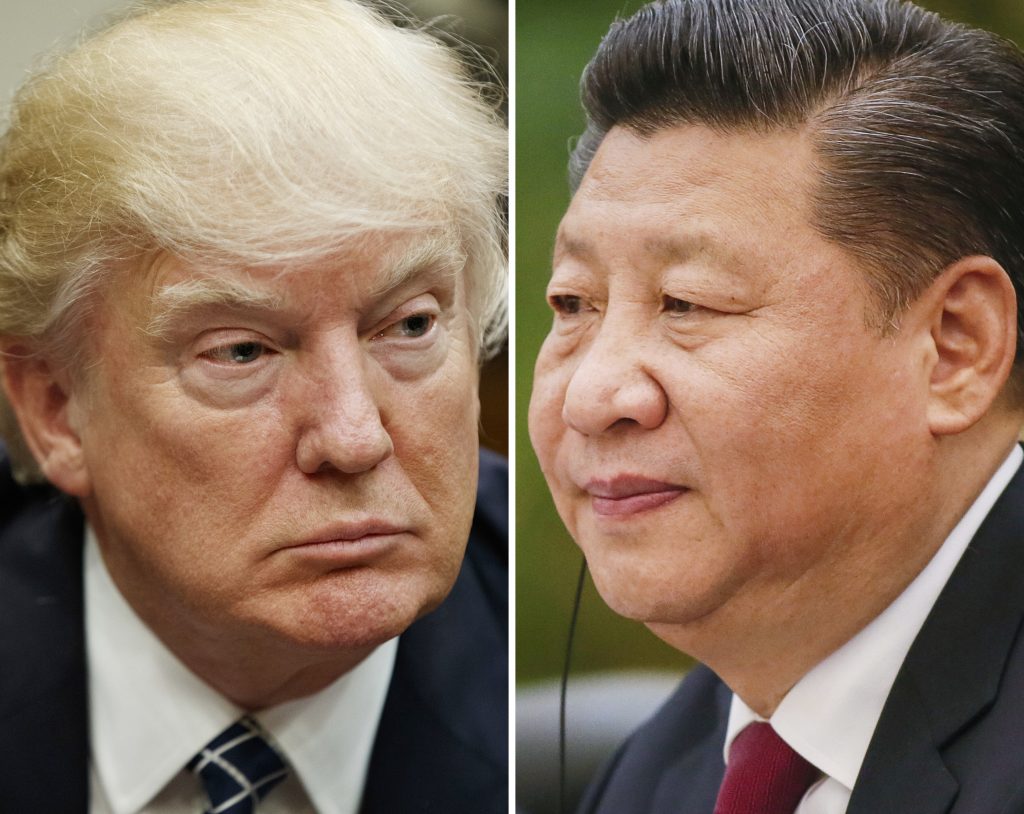 President Donald Trump said on Tuesday that Chinese efforts to persuade North Korea to rein in its nuclear program have failed, ratcheting up the rhetoric over the death of an American student who had been detained by Pyongyang.

President Trump has held high hopes for greater cooperation from China to exert influence over North Korea, leaning heavily on Chinese President Xi Jinping for his assistance. The two leaders had a high-profile summit in Florida in April and President Trump has frequently praised Xi while resisting criticizing Chinese trade practices.

“While I greatly appreciate the efforts of President Xi & China to help with North Korea, it has not worked out. At least I know China tried!” President Trump wrote on Twitter.

It was unclear whether his remark represented a significant shift in his thinking in the U.S. struggle to stop North Korea’s nuclear program and its test launching of missiles or a change in U.S. policy toward China.

On Tuesday, a U.S. official, who did not want to be identified, said U.S. spy satellites had detected movements recently at North Korea’s nuclear test site near a tunnel entrance, but it was unclear if these were preparations for a new nuclear test – perhaps to coincide with high-level talks between the United States and China in Washington on Wednesday.

“North Korea remains prepared to conduct a sixth nuclear test at any time when there is an order from leadership, but there are no new unusual indications that can be shared,” a South Korean Defense Ministry official said, speaking on the condition of anonymity.

Seoul was in close consultation with Washington over the matter, the official added.

North Korea last tested a nuclear bomb in September, but it has conducted repeated missile tests since and vowed to develop a nuclear-tipped missile capable of hitting the U.S. mainland, putting it at the forefront of Trump’s security concerns.

The Trump statement about China was likely to increase pressure on Beijing ahead of Wednesday’s Diplomatic and Security Dialogue, which will pair U.S. Secretary of State Rex Tillerson and Defense Secretary James Mattis with China’s top diplomat, State Councilor Yang Jiechi, and General Fang Fenghui, chief of joint staff of the People’s Liberation Army.

The State Department says the dialogue will focus on ways to increase pressure on North Korea to give up its nuclear and missile programs, but also cover such areas as counterterrorism and territorial rivalries in the strategic South China Sea.

The U.S. side is expected to press China to cooperate on a further toughening of international sanctions on North Korea. The United States and its allies would like to see an oil embargo and bans on the North Korean airline and guest workers, among other moves, steps diplomats say have been resisted by China and Russia.

In a sign that U.S.-Chinese relations remain stable, a White House aide said President Trump’s daughter Ivanka Trump and her husband, White House senior adviser Jared Kushner, were invited by the Chinese government to visit the country later this year.

President Trump has hardened his rhetoric against North Korea following the death of Otto Warmbier, a University of Virginia student who died on Monday in the United States after returning from captivity in North Korea in a coma.

Chinese state-run newspaper the Global Times, published by the official People’s Daily, said Chinese officials must be wary that Warmbier’s death might push Washington to put greater pressure on Beijing.

“China has made the utmost efforts to help break the stalemate in the North Korean nuclear issue. But by no means will China, nor will Chinese society permit it to, act as a ‘U.S. ally’ in pressuring North Korea,” the Global Times said in an editorial.

If Washington imposes sanctions on Chinese enterprises, it would lead to “grave friction” between the two countries, said the paper, which does not represent Chinese government policy.

President Trump’s tweet about China took some advisers by surprise. A senior administration official, speaking on condition of anonymity, said the United States had limited options to rein in North Korea without Chinese assistance.

Spicer said President Trump would be willing to meet Kim under the right conditions, but “clearly we’re moving further away, not closer to those conditions.”