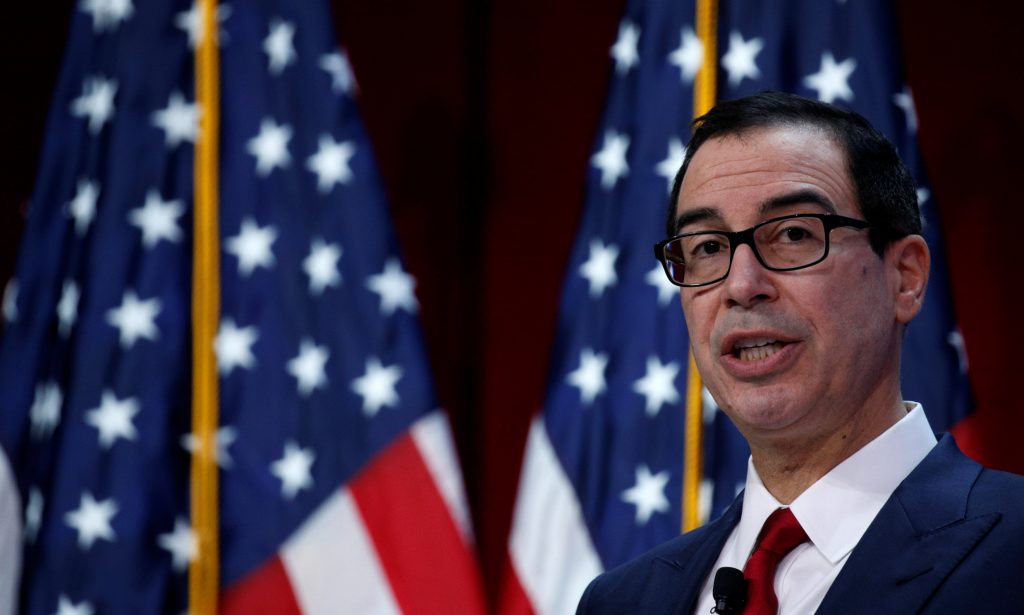 The Trump administration has imposed sanctions on two Russian officials and three dozen other individuals and companies over Russian activities in Ukraine.

Treasury Secretary Steven Mnuchin said the new penalties are designed to “maintain pressure on Russia to work toward a diplomatic solution.”

In all, Tuesday’s action targets 38 individuals and firms. Any assets they have in the U.S. are now blocked. Americans are prohibited from doing business with them.

The U.S. has been punishing Russia with sanctions since its 2014 annexation of Ukraine’s Crimea region. The Treasury Department says the new measures address people and companies who’ve sought to circumvent those sanctions.

“We are convinced that we are right … We will pursue our course steadily and consistently,” said Ryabkov, according to the RIA news agency.

The Russian government officials affected are Moscow’s envoy for overseas Russians and the chairman for humanitarian assistance in separatist-held, eastern Ukraine.